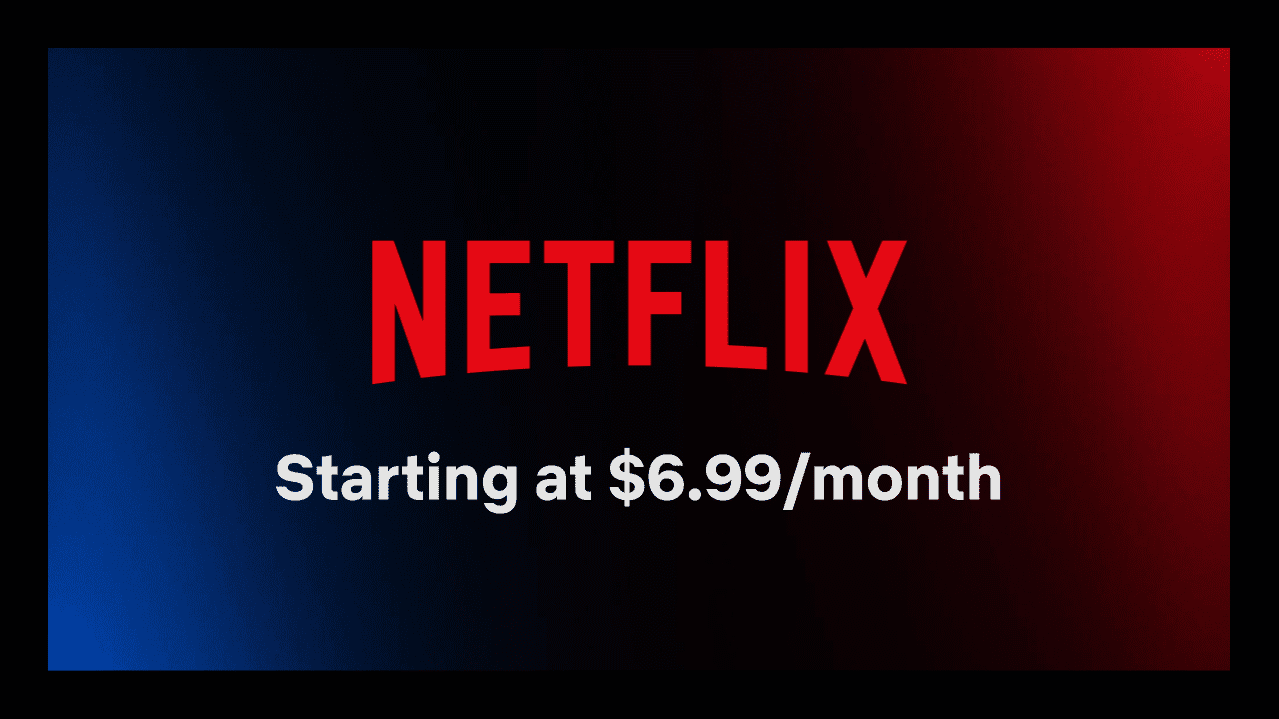 It’s finally here, ads on Netflix. On November 3, 2022, Netflix officially launched its ad-supported tier of the service. It follows in-line with what other streaming services have done, but many stuck with Netflix because there were no ads.

However, it became apparent to Netflix that it was going to need to introduce an ad-supported tier, as content prices keep rising. And customers will only put up with constant price increases for so long. Luckily, the ads are limited to just one tier of the service. So you have the choice of saving some cash and getting some ads served up, or spending a bit more for no ads.

In this article, we’re going to go over everything you need to know about Netflix’s new ad-supported tier. That includes the price, how it compares to the other plans, how many ads you’ll see and much more.

How much is ad-supported Netflix?

With the introduction of ads, Netflix actually improved its Basic plan, which it was well past time. So now we have Basic with Ads, Basic, Standard and Premium available. 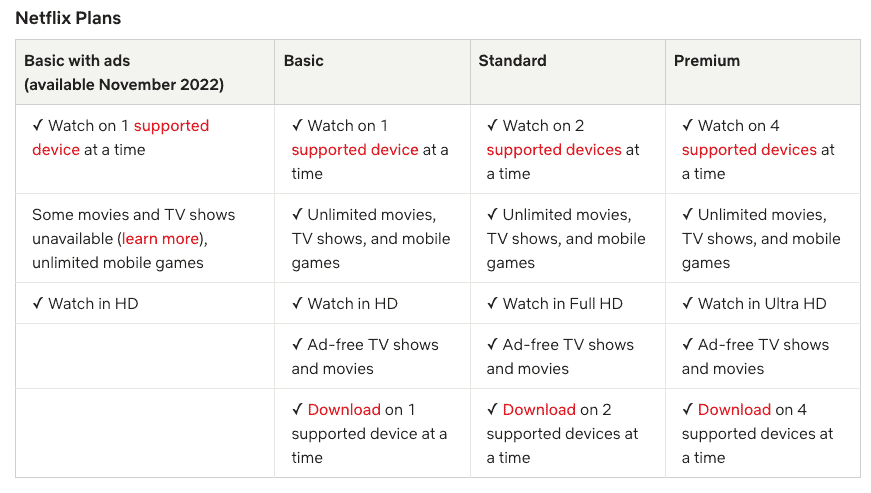 So what’s available in each plan? Well, the Basic and Basic with ads is essentially the same, minus the ads. Though Basic does allow you to download shows and movies on one device at a time.

Standard ups the quality to Full HD or 1080p, versus the 720p that you’ll see on Basic. It also ups the amount of devices you can watch at the same time and download shows and movies onto, to two.

Then there’s Premium. This is the plan you’ll want if you want to watch in 4K HDR. It also allows you to watch on up to 4 devices simultaneously. As well as downloading content onto up to 4 devices at a time.

What countries is this plan available in?

At launch, Netflix is making the Basic with Ads tier available in 11 countries. It will eventually open up to even more countries, however.

Here are the countries where Netflix is serving up ads:

Netflix has confirmed that Spain will get the Basic with Ads plan starting on November 10.

How many ads will I see?

Netflix claims that you will see around four minutes of commercials per hour. That’s enough to not really both people, especially if the commercial break is all at once during an hour-long show. Netflix does caution customers by saying that this might “vary based on the title you’re watching”.

Ads will be about 15 seconds or 30 seconds in length and will appear either before and/or during the title.

So far, Netflix is not showing when ads will appear, on the progress bar. Like other streaming services do, which have ads. So it’s hard to tell how the ads will be split up.

All in all, ads aren’t to bad right now. But that might change. In the early days of Hulu, ads were pretty short too, but now they are worse than live TV.

What content is available on Netflix Basic with Ads?

With this new ad-supported plan from Netflix, you might be wondering if the entire catalog is available with this plan? Well, not everything is available. This is due to Netflix licensing agreements with certain studios. Where Netflix only has the right to stream content without ads. Because of this, Netflix has reworked some of its agreements with some studios to be able to show ads alongside these titles.

The majority of Netflix’s own original content should be available on the ad-supported plan, with a few exceptions. Like House of Cards is not available. Luckily, when you search through Netflix for a title, it will show a lock icon on it, if you are unable to watch it with the Basic with Ads plan.

Can I fast-forward or skip ads?

Unfortunately, you can not. Otherwise, what would be the point of adding in ads? As most people would just skip through them. And advertisers wouldn’t be interested in advertising on Netflix in that case.

Most other streamers do not allow skipping through ads either. Some live TV services like YouTube TV will allow you to, but only if you recorded the show or movie on your DVR. If it’s on-demand, you’re going to get unskippable ads still.

One of the other main benefits of paying another $3 to get the Basic plan is, downloading content. The Basic with Ads plan from Netflix does not allow for offline viewing. Which means you cannot download anything on this plan. That is likely due to the fact that they would still need to show ads. Remember, ads are said to be personalized, so it would need an internet connection to do that. But if you’re watching offline, then you likely don’t have an internet connection.

Will there be ads on Kids’ profiles?

At this time, Netflix is not showing ads on Kids profiles. So that could be a workaround for watching ad-free Netflix at a cheaper price. But there is a caveat. Netflix won’t show ads on any children’s content. It’s likely that anything rated PG or lower (maybe even G), won’t be seeing ads. So even if you’re watching something that’s PG-13 on a kids profile, you’re still going to see ads.

The reason for not including ads on kids content is, the content of the ads. While ads are personalized, Netflix (and other streaming services) can’t necessarily guarantee that kids won’t see anything inappropriate there. So there’s no ads on kids content, the same goes for HBO MAX and Disney+. 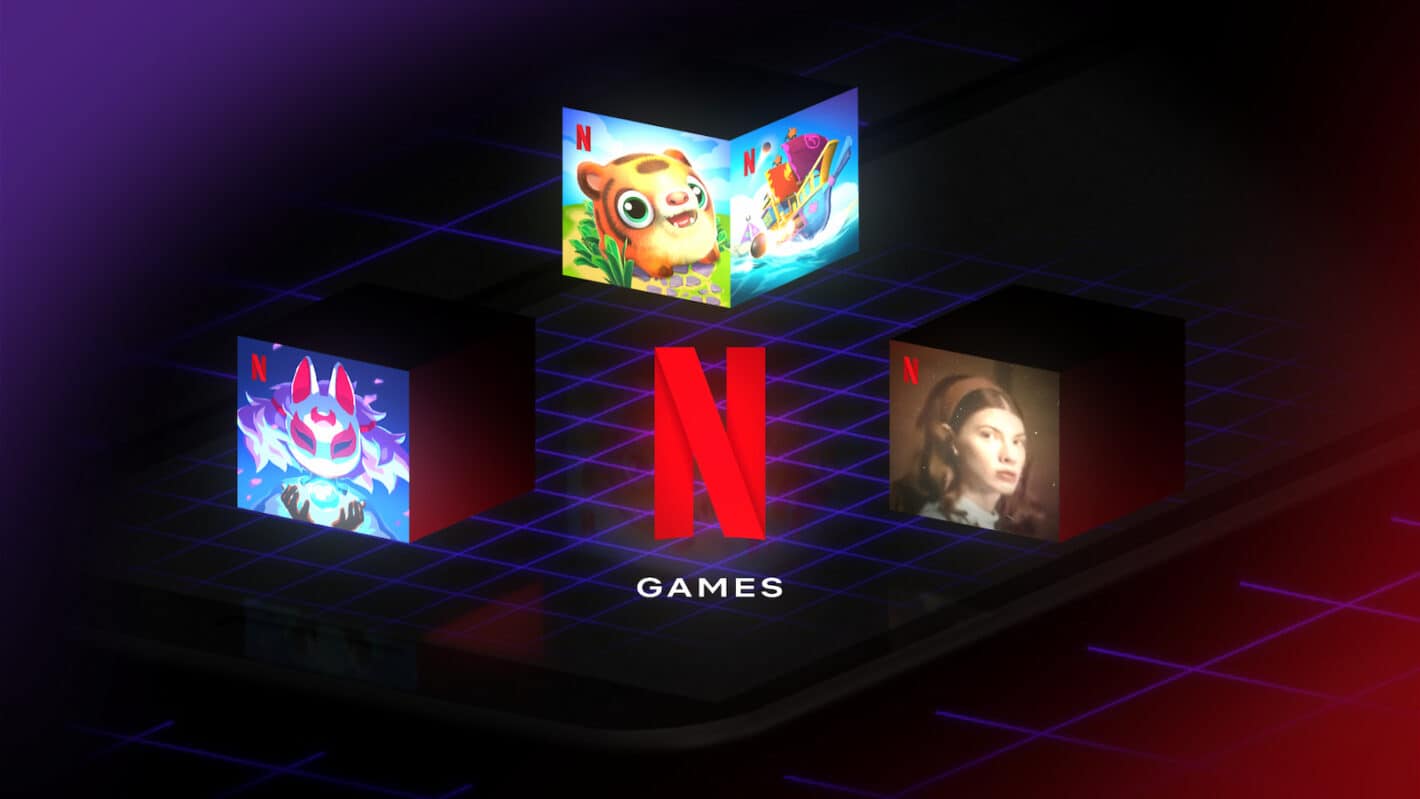 Are there going to be ads on Netflix’s mobile games?

Netflix is currently sticking to keeping their mobile games ad-free. Whether you’re on the Basic with Ads plan or the Premium plan, you’ll get the same gaming experience with its slew of games that it currently has available. Ads are only being shown with movies and shows.

Can I still use Netflix when I travel internationally?

Yes, you can still use Netflix if you have the Basic with Ads plan if you travel internationally. But, if you are in a country that doesn’t have ad-supported Netflix, then you won’t be able to use Netflix. So it’s important to pay attention to the list of countries that are listed further up in this article. As Netflix is currently rolling out these ads to more and more countries.

Will ads be personalized to me?

Netflix says that ads will be personalized based on how you interact with the platform. That includes the genre of content you watch, where and when you use the app, and more. It will also use information that you have voluntarily provided to Netflix.

When you sign up for, or switch to the Basic with Ads plan, you’ll be asked for your birth and gender. Netflix will also use that basic demographic to help personalize ads for you.

Personalizing ads is important because this makes the ads more likely to work. Which means the advertisers are going to pay more to advertise on the platform. And hopefully that will keep the Basic with Ads plan cheaper.

Should I save money and watch some ads on Netflix?

If you’re fed up with the price increases for Netflix, and are okay with a few minutes of ads, then sure go ahead and switch to the Basic with Ads plan. I would switch myself, except for the fact that the catalog for this plan is pretty sparse right now. That should work itself out in the coming months though.

The post Netflix ad-supported tier: Everything you need to know – December 2022 appeared first on Android Headlines.