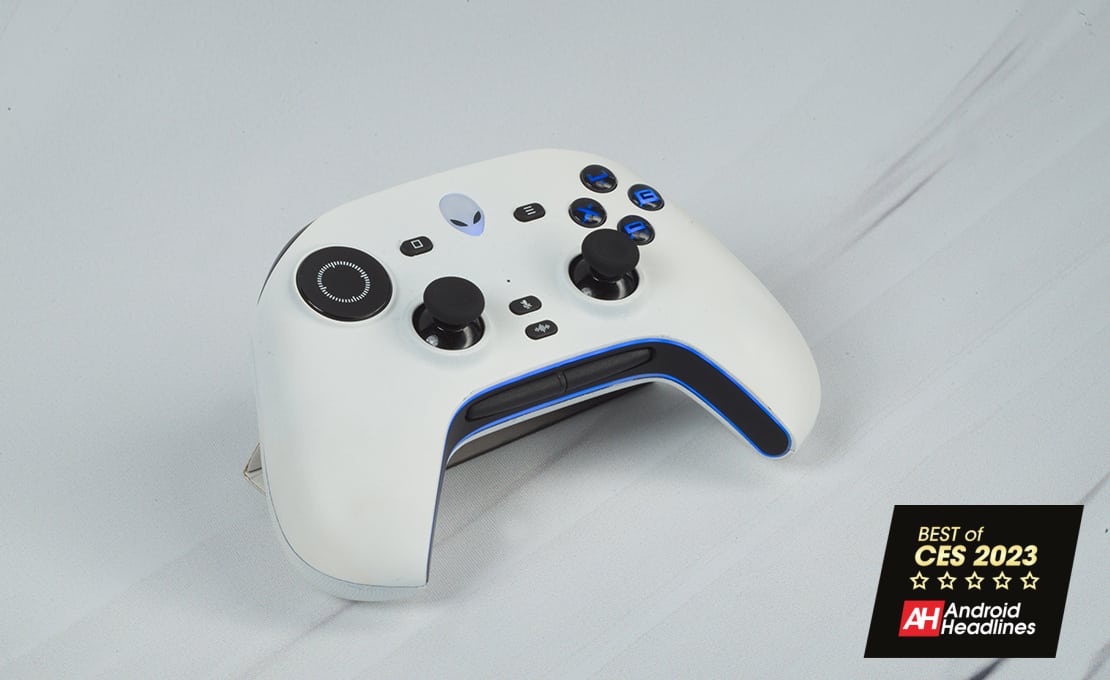 Keep in mind this is just a concept. A prototype controller that may never see the light of day as a product. But there’s some very intriguing features that give the Concept Nyx gamepad a lot of potential. Our favorite idea was the fingerprint reader on the front. That glowing Alienware logo? That’s not just a light up logo that serves as a power button. It’s also a fingerprint reader that could be used to launch you into personalized game profiles and into a game you routinely play. Now that’s a cool feature.

And it could allow for easy operation by anyone in the home. Simply log a fingerprint for each user and the controller would essentially always know who’s playing. Then get them to the game they want to dive into.

The controller is packed with features for enhanced gameplay

Ok so the fingerprint reader is a cool idea. But Concept Nyx gets better. It also features what Dell calls ‘haptics and self-adjusting variable resistance thumb sticks.’ These are basically thumbsticks and triggers that can deliver rich sensory feedback based on the game you’re playing. This is likely closest to what Sony has done with the triggers and haptics on the DualSense controller. Which are amazing, so we’re all here for it on Concept Nyx.

The triggers also feature touch sensors that can provide different effects if you slide your fingers across them. Plus there are additional buttons on the back of the controller. Like you see on many Pro style controllers.

When it comes down to it, the Dell Concept Nyx gamepad is the most exciting thing we’ve seen in game controllers for a while, which is why we felt it deserved the Best of CES award this year.