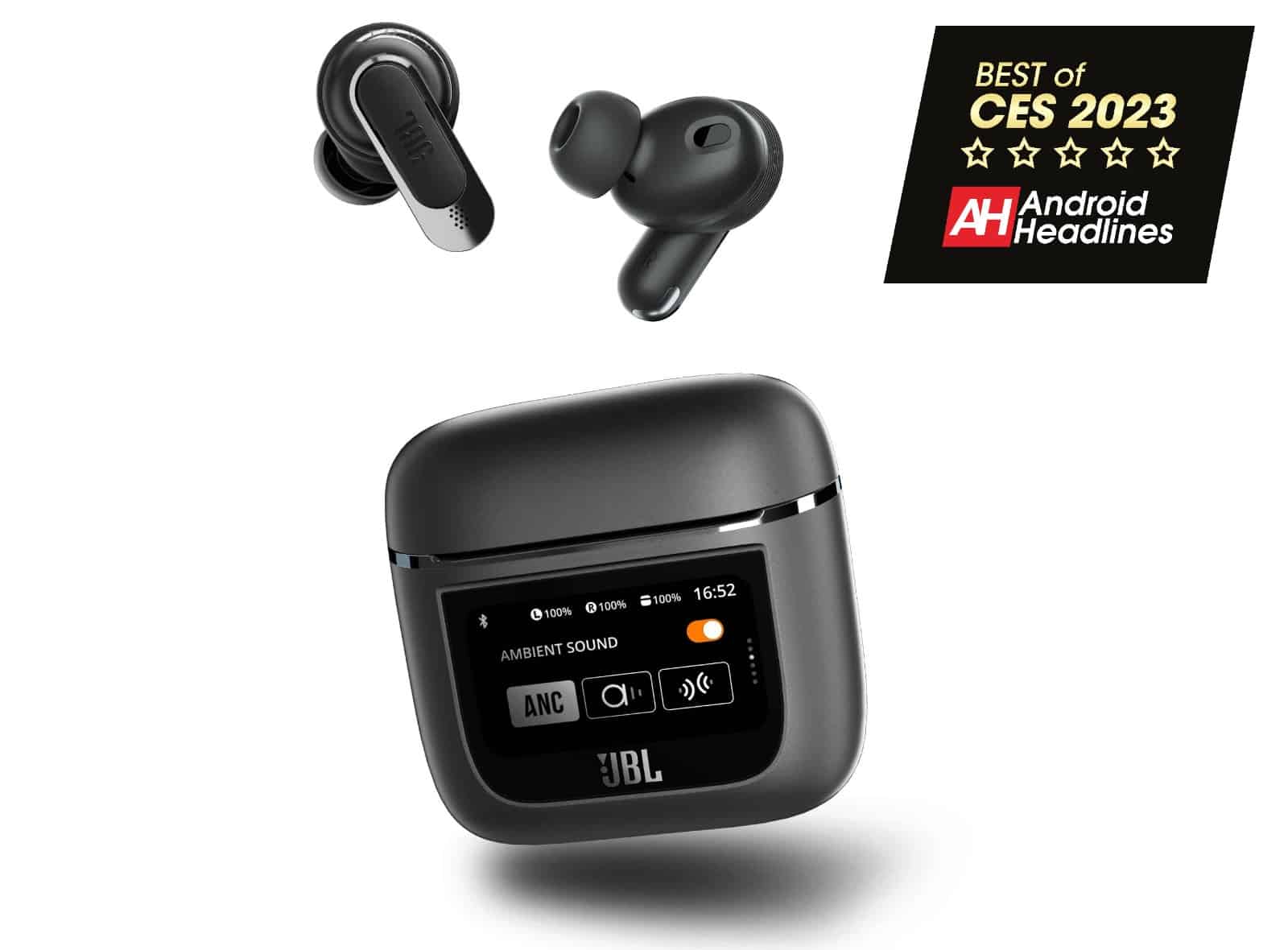 The JBL Tour Pro 2 earbuds have the most useful charging case on the market.

What’s so special about these earbuds? Well, they come with a charging case that has a proper touchscreen on it. There is a nice, spacious touchscreen on the side of that charging case, which you can use to control the music, and more than that. That’s not all, though, as these are also premium true wireless earbuds. They have plenty to offer in the sound department, not to mention that they come with plenty of added features.

Yes, there’s a touchscreen on the charging case

The JBL Tour Pro 2 earbuds feature a 1.45-inch LED touchscreen on the side. That’s not a bad size at all considering this is a touchscreen on a charging case of true wireless earbuds. It’s more than large enough for what you need it for. What can it do, though? Well, you can manage your music. You can switch between songs, tap tracks manually, and so on. On top of that, you can quickly glance at the time, control the active noise cancellation of the earbuds, check the battery level of the earbuds, and more.

Believe it or not, this touchscreen even allows you to pick up calls, read your messages, and even see notifications from a connected phone. It’s more or less like having a smartwatch, but in the form of an earbud charging case, minus the fitness features, of course. JBL’s thinking is, this case is quite small, and it’s easier to hold and pull out of your pocket than your phone. So, when you’re in transit, for example, this could make more sense. Overall, it does seem like an interesting idea.

JBL spared no expense here. It decided to offer flagship-level true wireless earbuds, and not just focus on the touchscreen. These earbuds come with adaptive ANC, and ambient sound mode with 10mm drivers. Spatial audio is included, and the same goes for JBL’s ‘Pro sound’. Personi-fi 2.0 is also here, and it allows you to customize your audio profile without a problem.

JBL promises up to 8 hours of use with ANC on, and 10 with it off. The charging case can add up to 32 hours with ANC on, and 40 hours with it off. You can essentially get three full charges out of the case, which is great. Quick charging is also included. You can get four hours of use with just a quick 15-minute charge. JBL’s VoiceAware tech is also a part of the package, while the earbuds are IPX5 rated, so they’re water resistant.