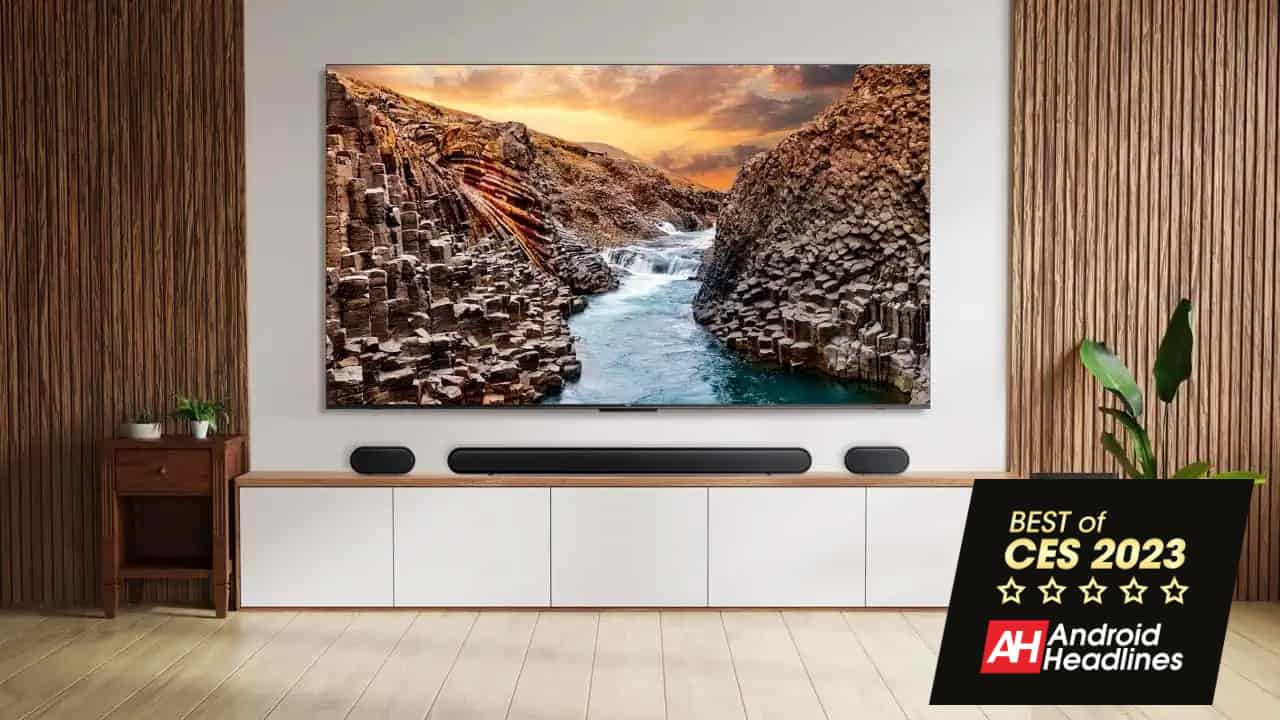 TCL takes the “bigger is better” phrase to the extreme.

CES is a place where we see a lot of TVs that might never actually go on sale. But TCL does typically show off TVs that will go on sale at some point, and we excited to check out the QM8 from TCL. This is a 98-inch mini-LED TV from TCL, that looks incredible. However, it’s not just the size that earned the TCL QM8 Mini-LED TV a Best of CES award from Android Headlines.

The QM8 is a huge TV, with a stunning display. Since TCL is using mini-LED here, that means that we’re getting a pretty bright panel, that is also going to provide inky blacks and more true-to-life color. If you’ve ever seen a mini-LED display in person, you’ll really appreciate it. Especially since it is better quality than OLED. TCL claims that the QM8 is also twice as bright as its mini-LED models from last year. While also having 500% more local dimming zones. This year’s model actually has 2,300 local dimming zones, which is rather insane. So it’s all-around a whole lot better.

And there’s more to like about the QM8. The TCL 98-inch QM8 TV does also include four HDMI ports, with support up to 144Hz. That’s really good for gaming, especially with the PlayStation 5 and Xbox Series X|S supporting 4K120 gaming.

With TVs, a lot of the time, the audio is an after thought. Mainly because a lot of people already have a soundbar that they will just plug in. And if you’re buying the QM8, then you likely already have a good sound system. But TCL has still included a built-in subwoofer here. Which should give you a really incredible sound experience, out of the box.