The Xiaomi 13 series will see its global launch take place at MWC 2023 in Barcelona, it would seem. 91mobiles shared a seemingly-official Xiaomi poster for MWC 2023.

Now, in this poster, which you can see below, there is a tagline that says “Experience new Xiaomi technology at MWC Barcelona 2023”. The dates mentioned are February 27 – March 2, which was to be expected. That goes hand-in-hand with MWC’s official dates. 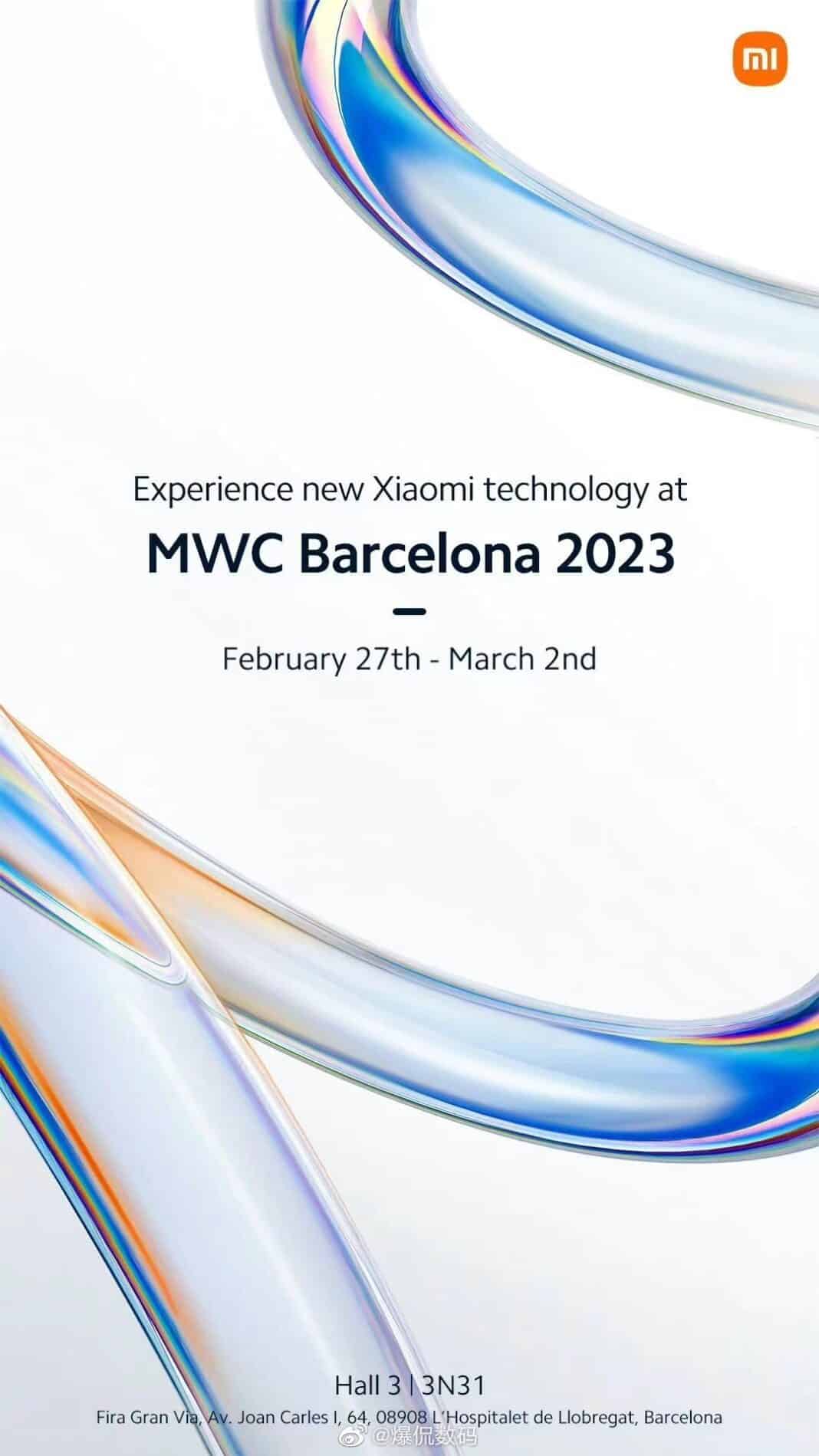 Having said that, 91mobiles seems to think that Xiaomi plans to announce the Xiaomi 13S Ultra during the event, or something like that. Mainly because of the ‘new’ part in the tagline, and some rumors that surfaced.

The thing is, chances are that won’t happen. If the Xiaomi 13S Ultra does launch, it’ll happen in H2 this year. On top of that, the Xiaomi 13 Pro is a top-of-the-line flagship, and launching an S series flagship in addition to it doesn’t make sense.

We’ll likely get the Xiaomi 13 and Xiaomi 13 Pro during this event. The same two phones that the company announced in China, but with global software pre-installed, of course.

The Xiaomi 13 & Xiaomi 13 Pro are quite different design-wise

The Xiaomi 13 is also noticeably smaller. It features a 6.36-inch display, compared to a 6.73-inch panel on the Xiaomi 13 Pro. The ‘Pro’ model does come with a 1-inch camera on the back, while the regular variant does not.

Both phones are fueled by the Snapdragon 8 Gen 2 SoC, though. Both of them include plenty of RAM, and their 256GB and 512GB storage models also come with UFS 4.0 flash storage.

Both phones include 120Hz displays, which get extremely bright when needed

120Hz displays are included in both phones, and these panels do get extremely bright. They can reach 1,900 nits of brightness at their peak, which is plenty. Android 13 comes pre-installed on them, along with MIUI 14. That will be the case with global software too, but with a global variant of MIUI.

You can read more about the Xiaomi 13 and Xiaomi 13 Pro by clicking here. Both phones launched in China last month.