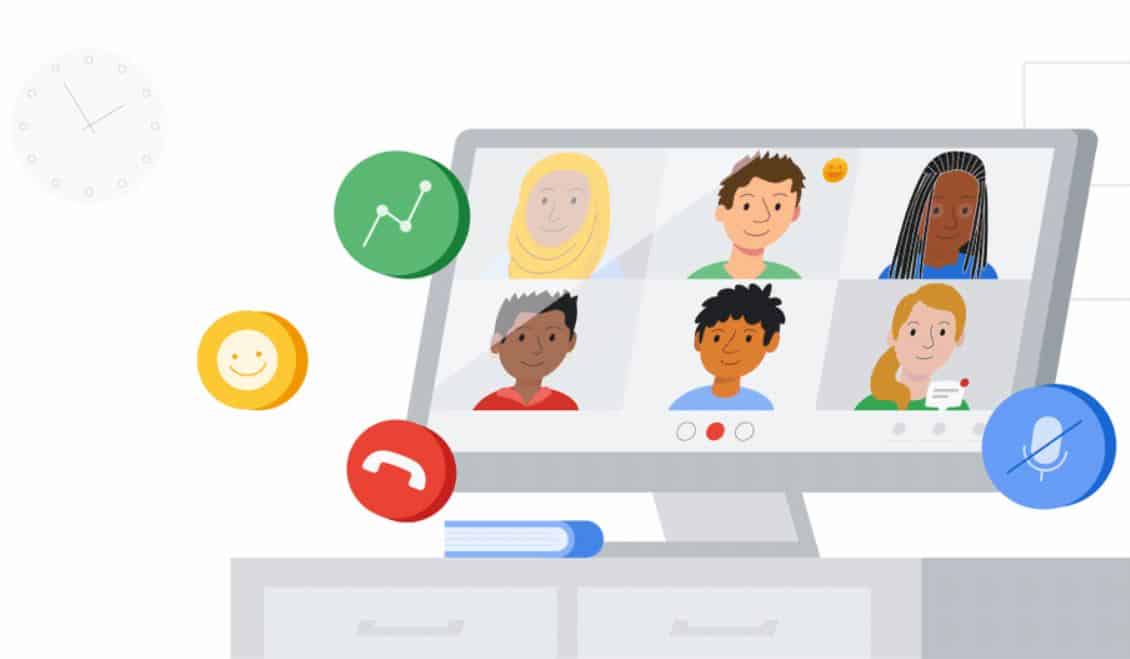 Google Meet is marketed as a business-focused platform, but that doesn’t mean that it can’t add in some fun features. Right now, the company is working on bringing a new feature to the mobile app. Google Meet will soon add 360-degree backgrounds to its Android and iOS apps.

This isn’t the only new fun feature coming to Google Meet. The company also announced a new in-meeting reactions feature. This will allow people to add post emoji reactions using a meeting. The meetings will slide up the left side of your window for the other members to see. This feature will start rolling out on January 16th.

At the moment, Google Meet already has a selection of backgrounds and effects that users can utilize. These add a fun flair to the meeting. Since so many people are forced to work from home, they may as well have a little fun with it. With a click of the mouse, you can make it look like you’re in a coffee shop or a tropical paradise.

Google is looking to take that to the next step. Google Meet will offer 360-degree backgrounds. These are 360-degree pictures that will rotate as you move your phone. They’ll help add another dimension of realism to the effect. While you shouldn’t expect to fool anyone into thinking that you’re taking your meeting in outer space it’s still a neat addition.

As for how many of these 360-degree backgrounds you can expect to see, we don’t know just yet. Right now, the only one that we know of is the oasis. We’ll have to wait for it to launch to know the other ones.

As for the launch, we don’t have an exact date. 9To5Google says that this feature will officially launch sometime over the coming weeks. So, we can probably expect an early-February release at the latest. Make sure that your app is fully updated.