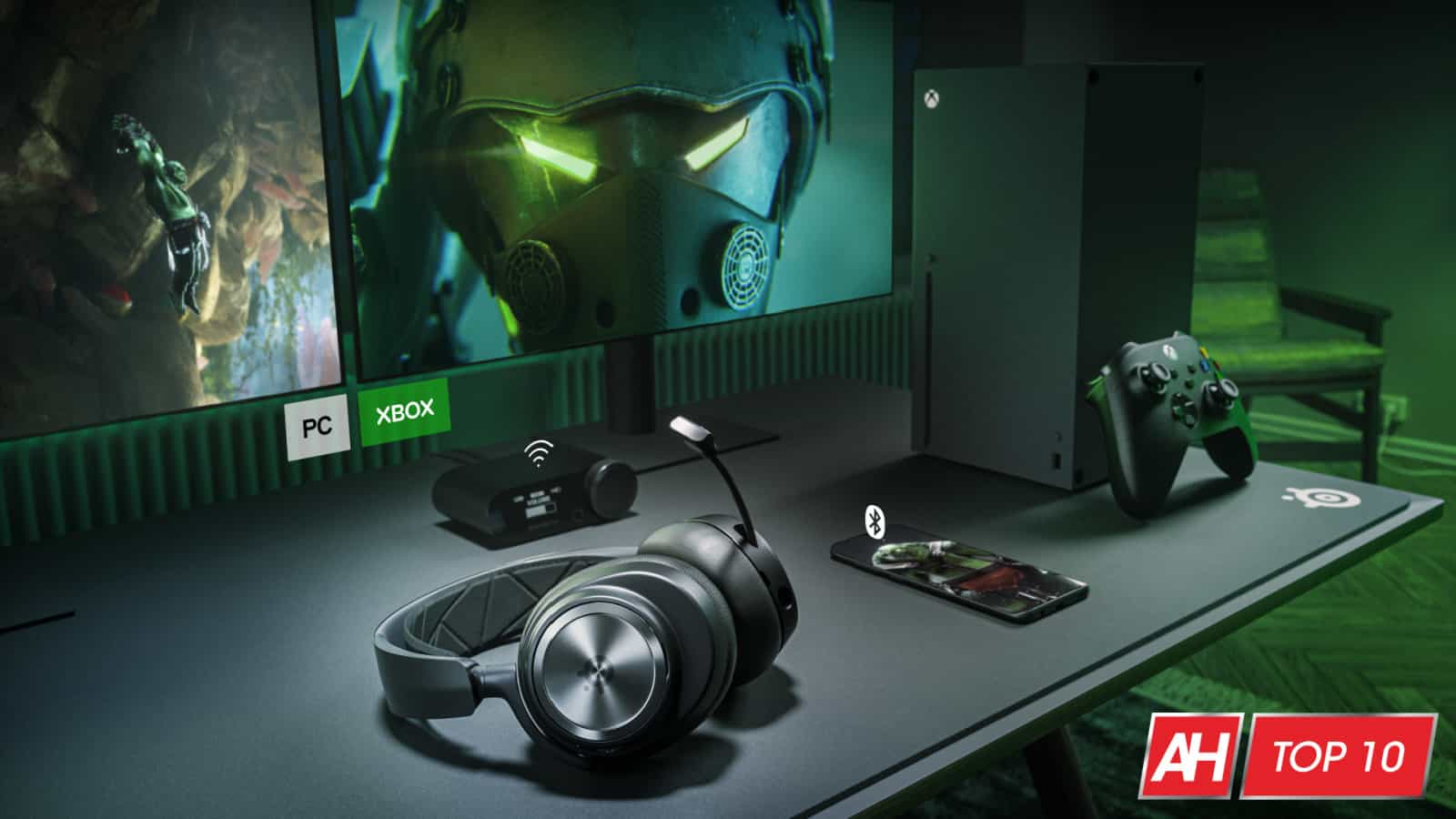 Looking for the best gaming headset for your Xbox can feel a bit overwhelming due to all the options, as there are so many Xbox gaming headsets out there. But we aim to trim the fat and weed out any options that really aren’t worth your time compared to the competition. In this guide we’ve rounded up some of the best gaming headsets you can buy for your Xbox. Whether you’re looking for wireless or wired options that you can plug directly into the controller, we’ve picked some of both to make the experience of buying one easy.

Xbox headsets these days can also have a lot of cool features that enhance the audio. So gaming really does become more immersive and thereby more enjoyable. That is if you’re wanting a more immersive gaming experience. 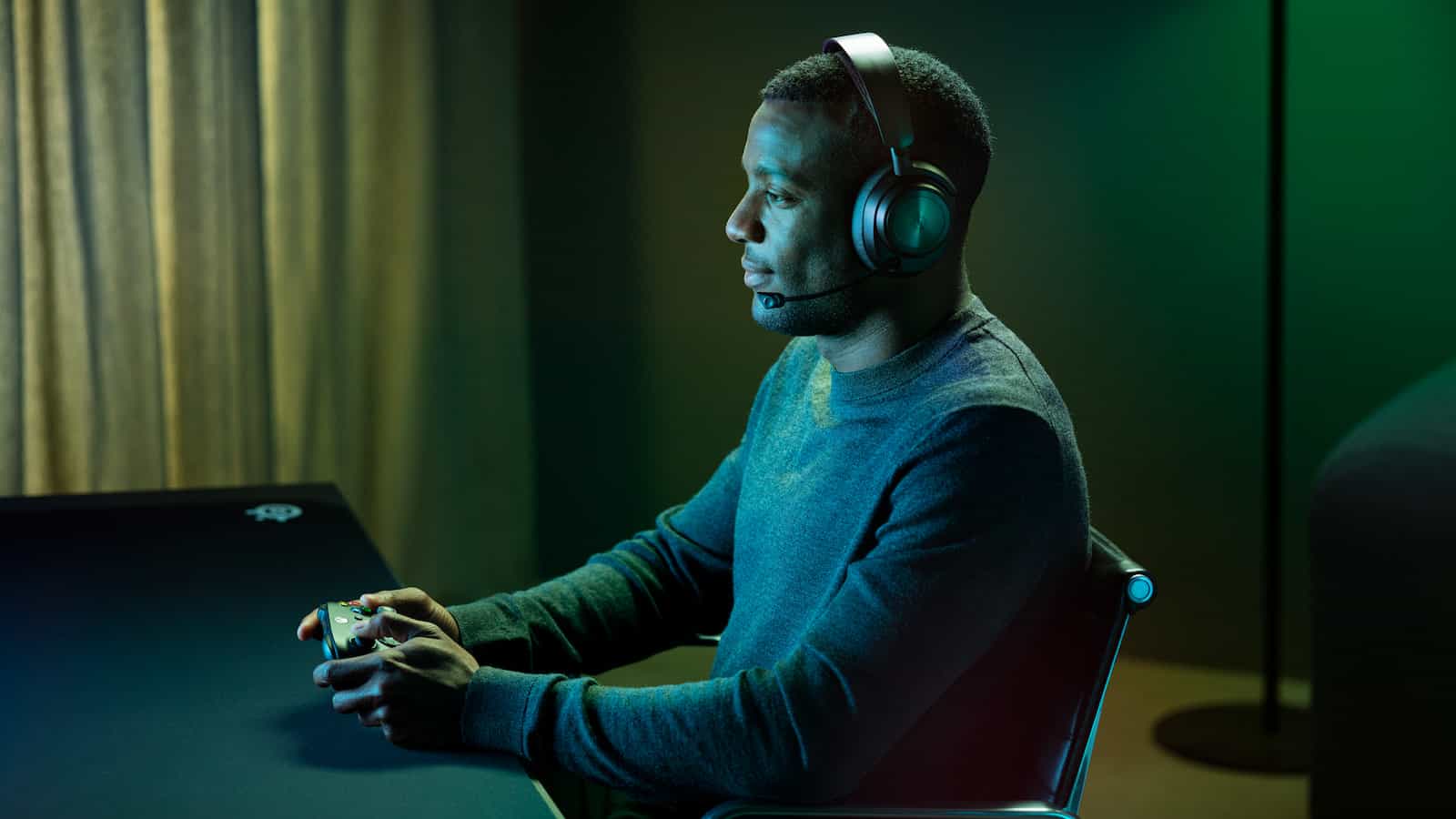 We’re starting this list off with one of the clear contenders for the best overall headset. The SteelSeries Arctis Nova Pro Wireless. As the successor to the Arctis Pro Wireless, the Nova Pro Wireless has a lot to live up to. But it seems that it manages to surpass the older model with some pretty great upgrades.

For starters, it now comes with Active Noise Cancellation and a transparency mode. So you can either choose to block out anything but your game or let a little bit more sound in. The retractable mic also now sits flush with the headset earcup.

SteelSeries also got rid of the ski goggle headband and has made the headset extendable. It even comes with a slightly smaller gaming DAC than the last model. Which still lets you connect to two devices at once. So you can plug in your Xbox and your PC. Best of all, it comes with two hot-swappable batteries so you can always keep one charged and never have to worry about the headset battery dying on you in the middle of a game.

All that said, the headset is certainly pricey. But you get what you pay for. And you’re paying for quality here. If you want one headset for basically everything, this should do the trick. You can also pick up the wired model for Xbox and save $100. Whether you go with wireless or wired, this is one of the best Xbox gaming headsets out there. 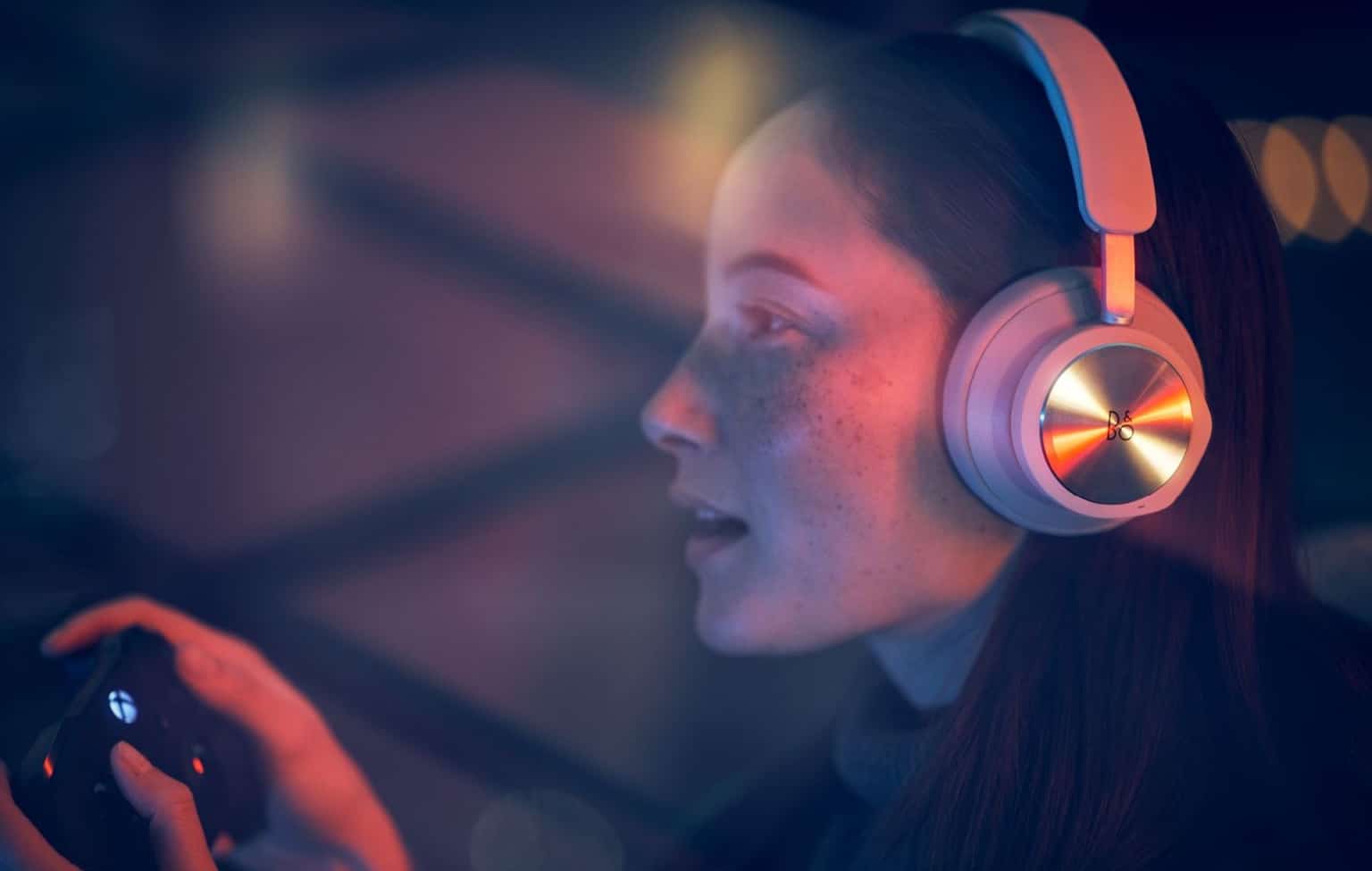 The Beoplay Portal is another high-priced headset for the Xbox Series X|S, but this one is decidedly more luxury as it comes from a luxury audio brand. While it was designed with Xbox in mind, it can also be used for PC and mobile, and the design of its virtual boom mics makes it fairly discrete in terms of a gaming headset. Making it easy to transition from a gaming headset to your everyday driver for audio and media.

If you like having one headset for all things, this is another good option. Provided you’re willing to spend the money. The Beoplay Portal also comes built with premium materials for that ultra luxury feel. It’s also fairly lightweight, comes with Active Noise Cancellation, and is pretty easy to connect and setup.

If there’s one downside compared to some of the other wireless headsets, it’s battery life. Bang & Olufsen rates these for up to 12 hours with Xbox Wireless connections with ANC on. Which isn’t a lot and that means you’ll likely be charging these every two to three play sessions. They should however last for up to 24 hours when connecting to your phone through Bluetooth. 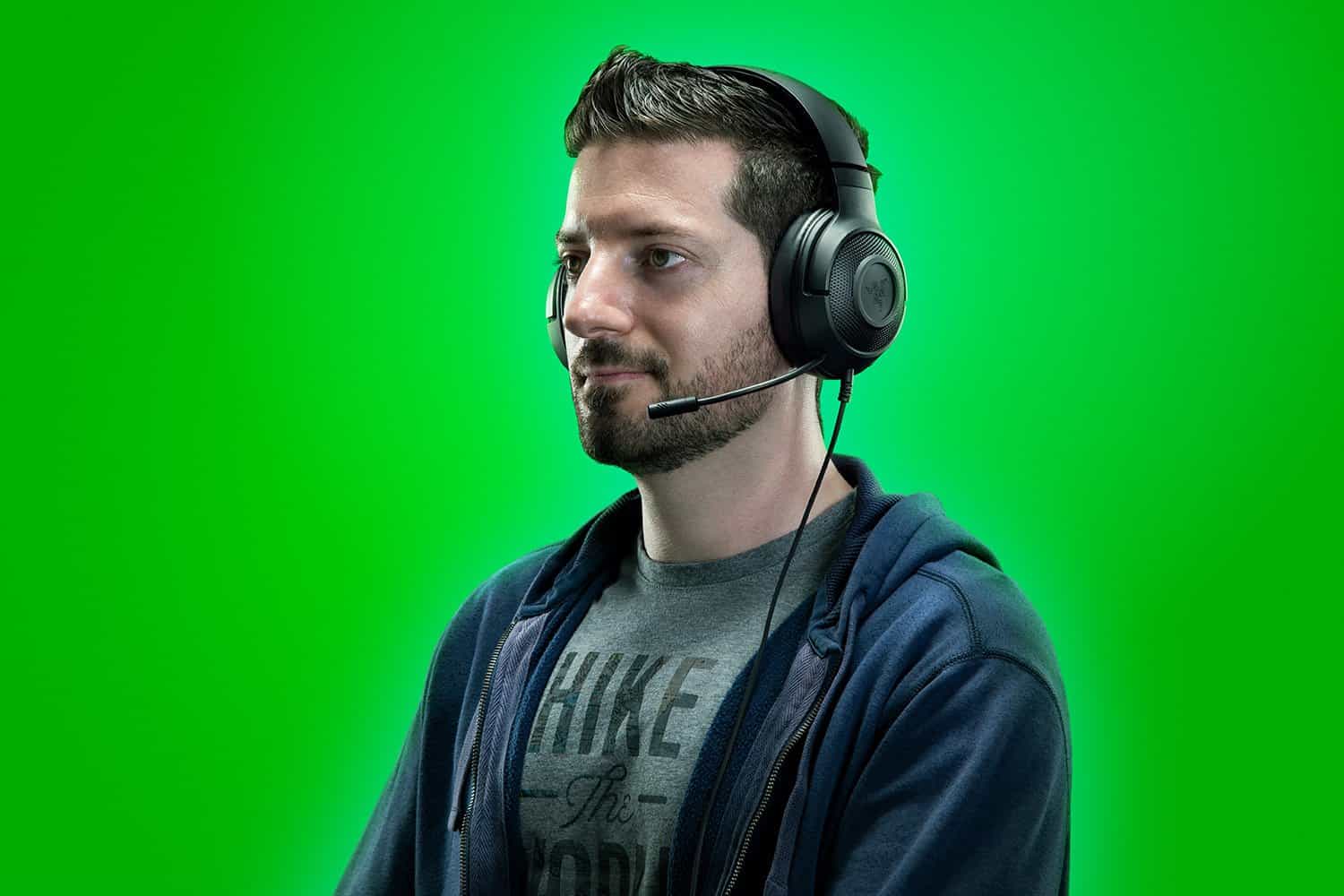 Now that we have the high-end headsets out of the way, let’s focus on a really good budget option. The Kraken X from Razer is a solid headset for under $50. Normally it retails for $50 but Amazon has it on sale for about $26 right now. And for that you get a decent headset which puts out some pretty good audio. This is a wired headset as well, so there’s no dealing with battery life or audio latency.

Razer has worked in 7.1 surround sound here so gaming should feel more immersive. And that’s definitely important if you play games where positional audio is a big deal. Other key features include a noise cancelling mic that bends easily for the perfect position, and comfy leatherette ear pads for long-lasting comfort. All-in-all, a great value here if you just want a no frills gaming headset. 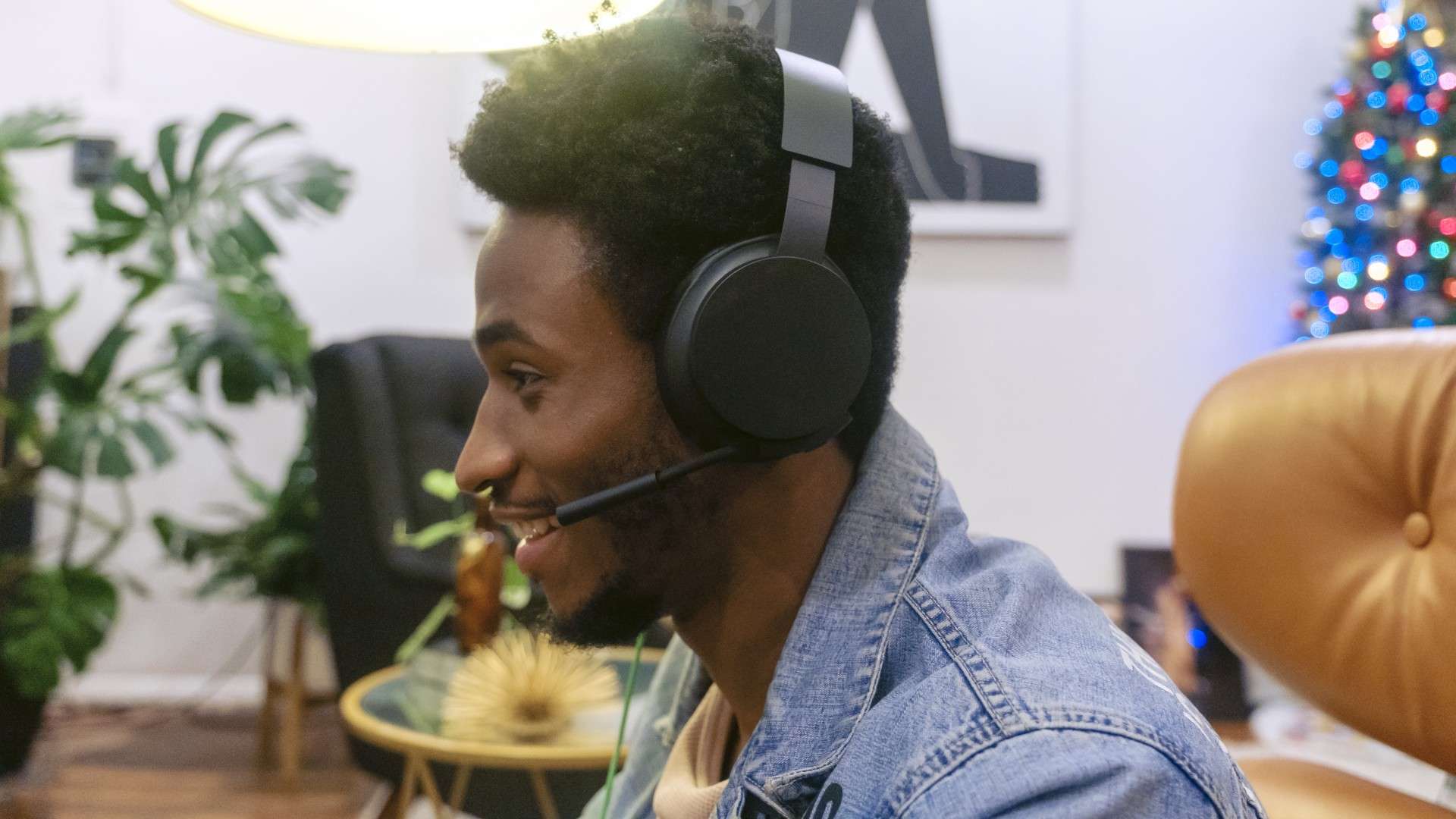 Microsoft makes it easy to keep things in the family with its own Xbox Stereo Headset. And at a price of around $46-$47 ($60 normally), this wired headset is a no-fuss option so you can plug it in and get right to gaming. No worries about battery life, and a pretty reasonable price point.

Soft ear pads and a bendable mic make it easy to use and comfortable to wear. But the real value we think is that the headset supports features like Windows Sonic, Dolby Atmos, and DTS Headphone:X for spatial sound at this low of a price. 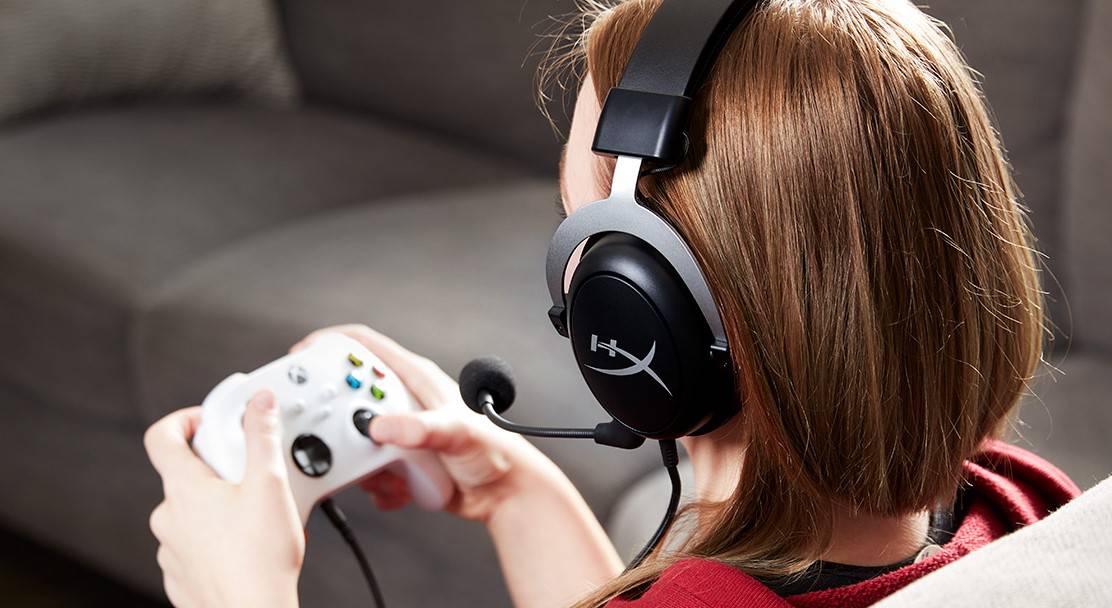 Another really good wired option for around the same price is the CloudX from HyperX. Memory foam ear cushions mean it’ll be comfortable for longer play sessions, and the aluminum frame will ensure it’s durable for a long while. As long as you don’t purposely trash your electronics or treat them with little regard.

The headset also comes with a noise cancelling mic (which is detachable), as well as a braided cable with in-line audio controls. This is a low-priced wired headset so there’s not a whole lot of extra features, but that’s not a bad thing. It should still provide you with a solid, immersive gaming audio experience while you play and you don’t have to break the bank. 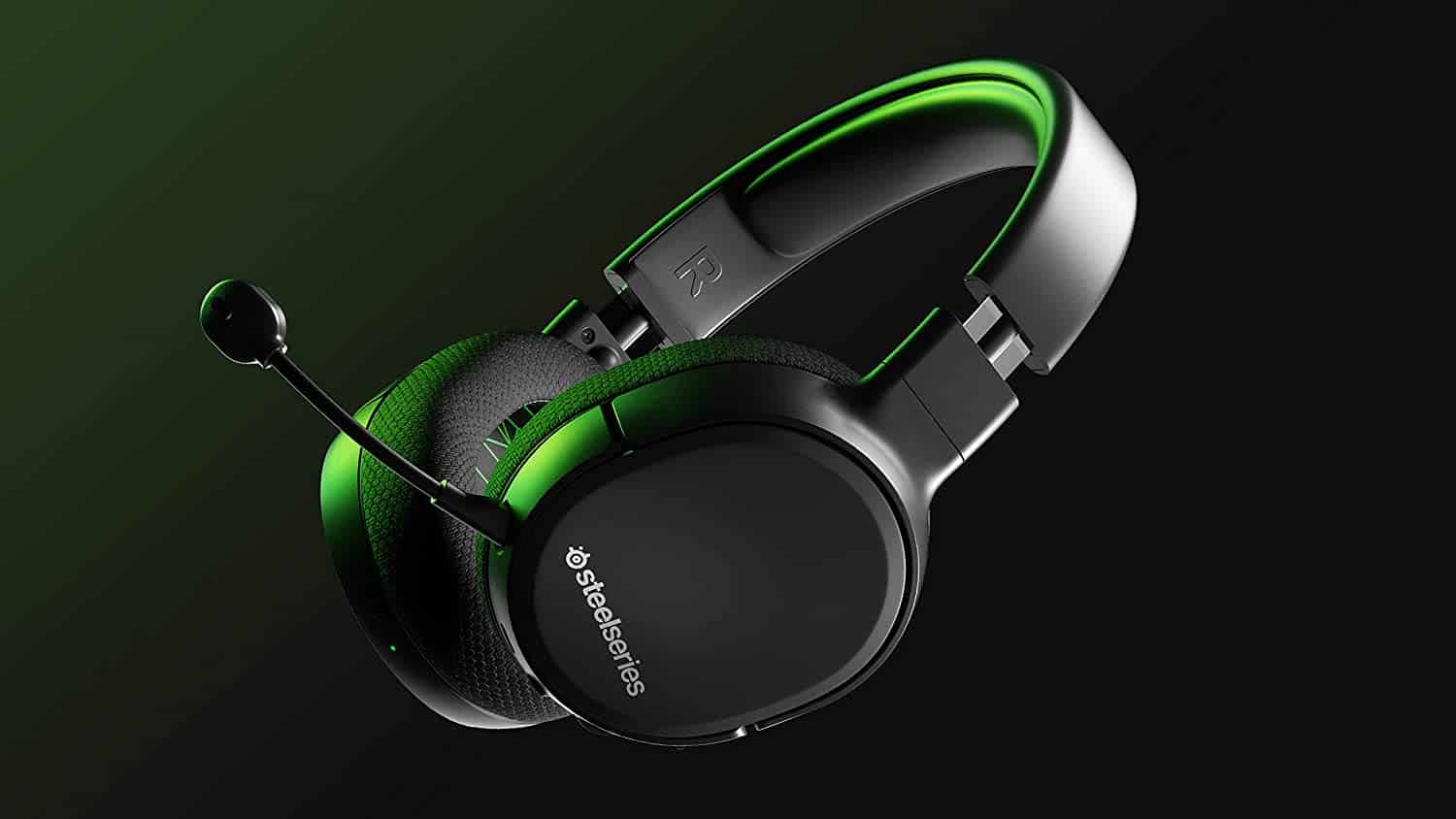 The Arctis 1 Wireless is a tried and true headset no matter the platform. With great sound, an affordable price point, wireless connectivity and multi-platform support, it was an easy pick for one of the best Xbox gaming headsets. It’s versatile, and provides good quality sound for your games.

It also comes with a detachable noise cancelling mic and has a decent battery life of up to 20 hours. And when we say this headset works with multiple platforms, we mean it. As it’s compatible with Xbox, PC, Nintendo Switch, PS4, PS5, Android devices, and you can even use it with the Stadia controller by plugging the dongle into the USB-C port. 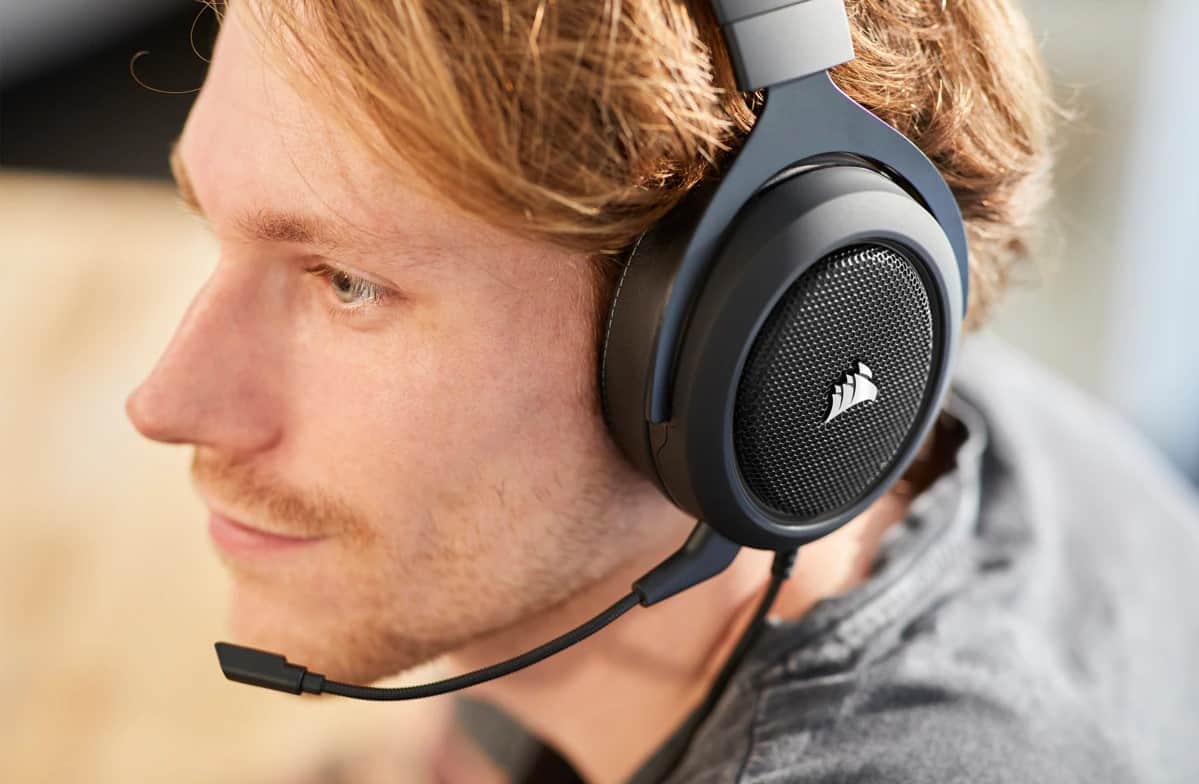 Corsair makes one of the better sounding wired headsets we’ve found at a price of around $70. With plus ear pads and adjustable earcups, as well as an extendable headband, you can wear the HS60 Pro for hours on end and not have to worry about discomfort. Like most of these headsets it’s also multi-platform so you can use with it other consoles, or even PC. And if you have a mobile device with a headphone jack it can be used with that too.

What we like most about it though is the 50mm neodymium drivers which we thought put out some amazing sound. Especially for the price. It also comes with a detachable mic so it’s not in your face if you don’t need to use it. Simply remove it and store it away. For the price, the comfort, and the sound quality, this is one of the best gaming headsets for Xbox you’ll find. 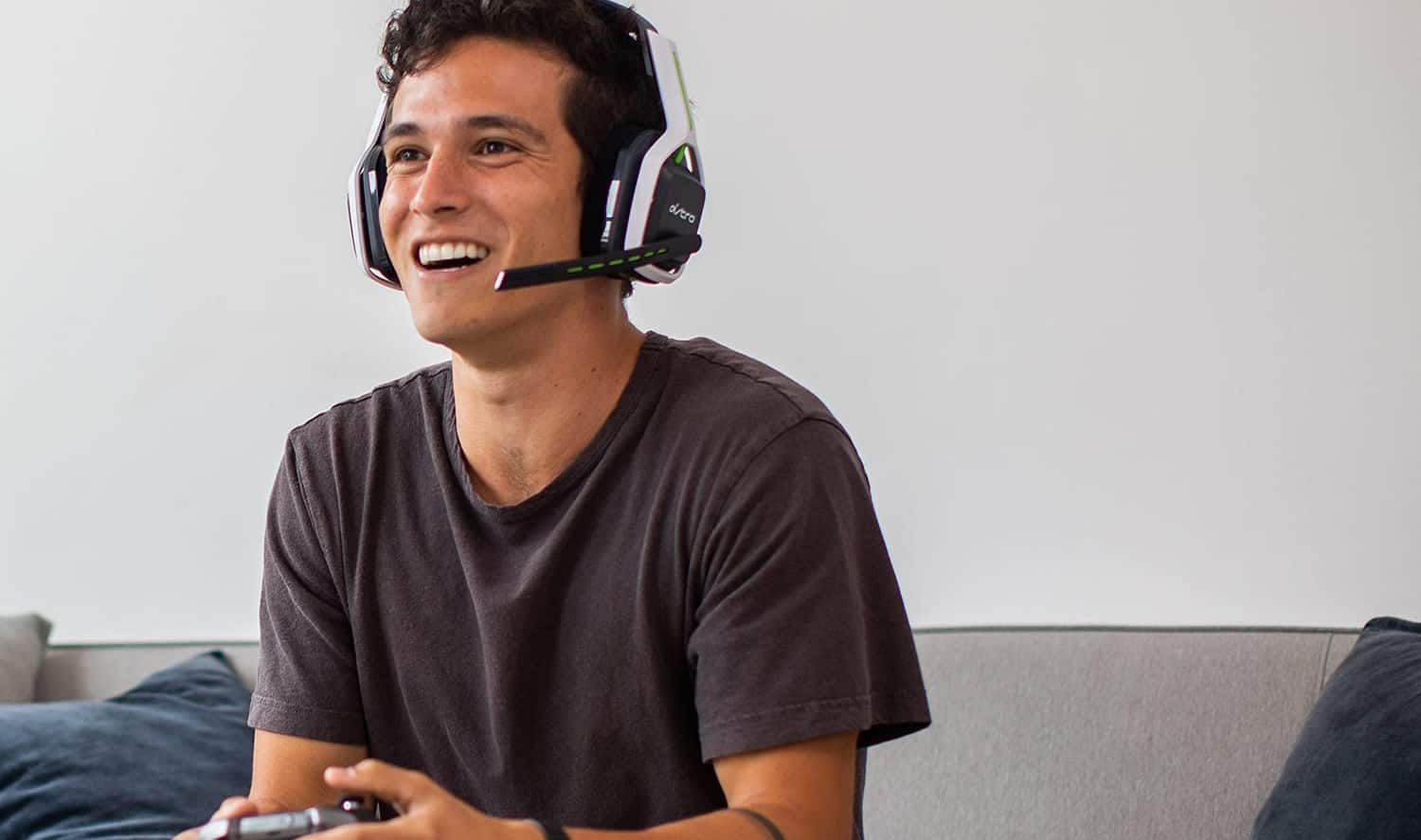 Astro is a well-known brand for gaming audio and accessories, and the A20 is probably one of the best console headsets it makes if you don’t want to spend a ton of money. We also put the A20 on our list for best PS5 headsets because we liked it that much. For a well-rounded $100 price point, you get high-grade wireless audio and long-lasting comfort.

It also has one of our absolute favorite features in any headset, the flip-to-mute microphone. Which is really a lot more convenient than pushing a button. At least in our opinion. 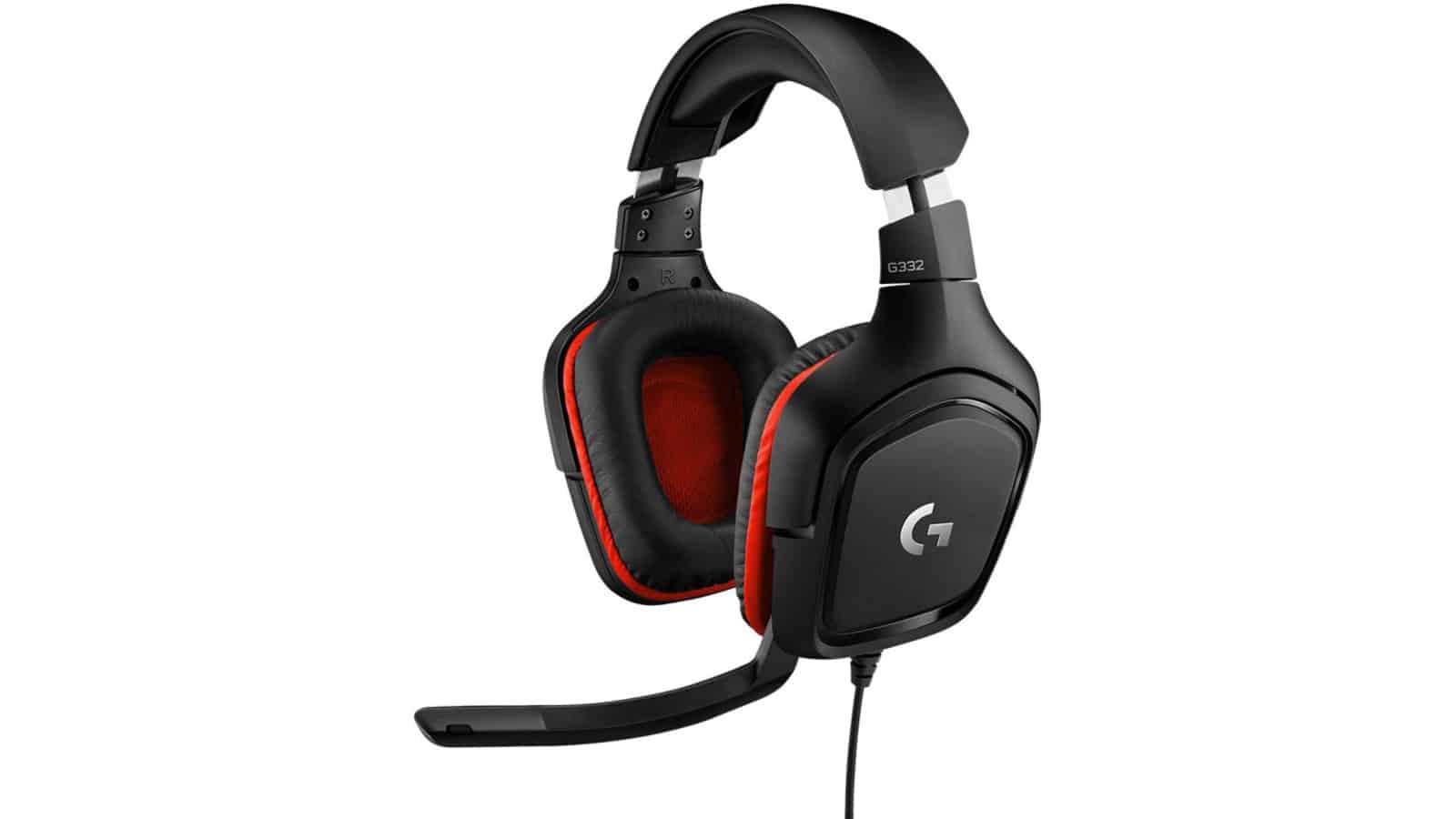 Logitech makes some great gaming peripherals and one of its wireless PC gaming headsets has been one of our favorites for quite some time. While this headset isn’t that, it’s still a great option for Xbox users who want a simpler headset at a good price.

With features like the flip-to-mute mic and rotating leatherette earcups, you get both a super convenient and functional headset that will be comfortable to wear. The rotating earcups will sit flat so you can slide the headset down onto your neck if you need to take them off for a bit. Which is also a super convenient feature.

And once again, this is a headset which works for multiple platforms so you don’t have to buy more than one headset. This includes Xbox Series X|S, Xbox One, PS4, PS5, Mobile, PC, and Nintendo Switch. And you can’t argue with that price. 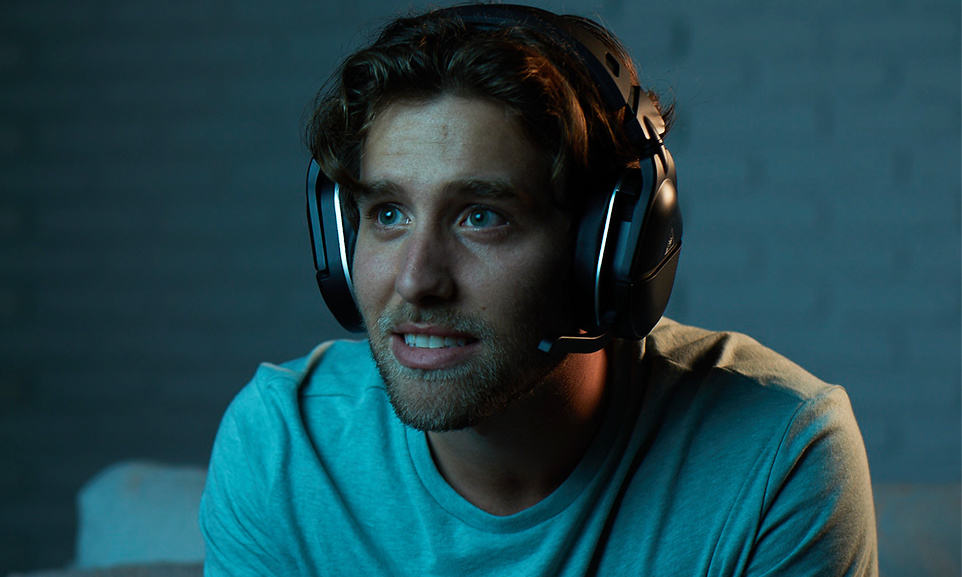 Rounding out this list we’ve got one final wireless option to consider. The Stealth 700 Gen 2 Max from Turtle Beach. There’s lots of great features on this headset. From the wireless surround sound to the yet again flip-to-mute mic that makes preventing your inevitable mouth noises from creeping into the chat.

It also comes with a “Superhuman Hearing” feature that Turtle Beach claims will you hear subtle sounds more clearly. Think soft positional audio details like footsteps and far-off gunfire. On top of that, the headset lets you listen to both game audio and connect to a mobile device at the same time. In a similar fashion to the Nova Pro Wireless from SteelSeries, the Stealth 700 Gen 2 Max allows you to listen to game audio and listen to music or hop in a voice call. Which is pretty nifty.