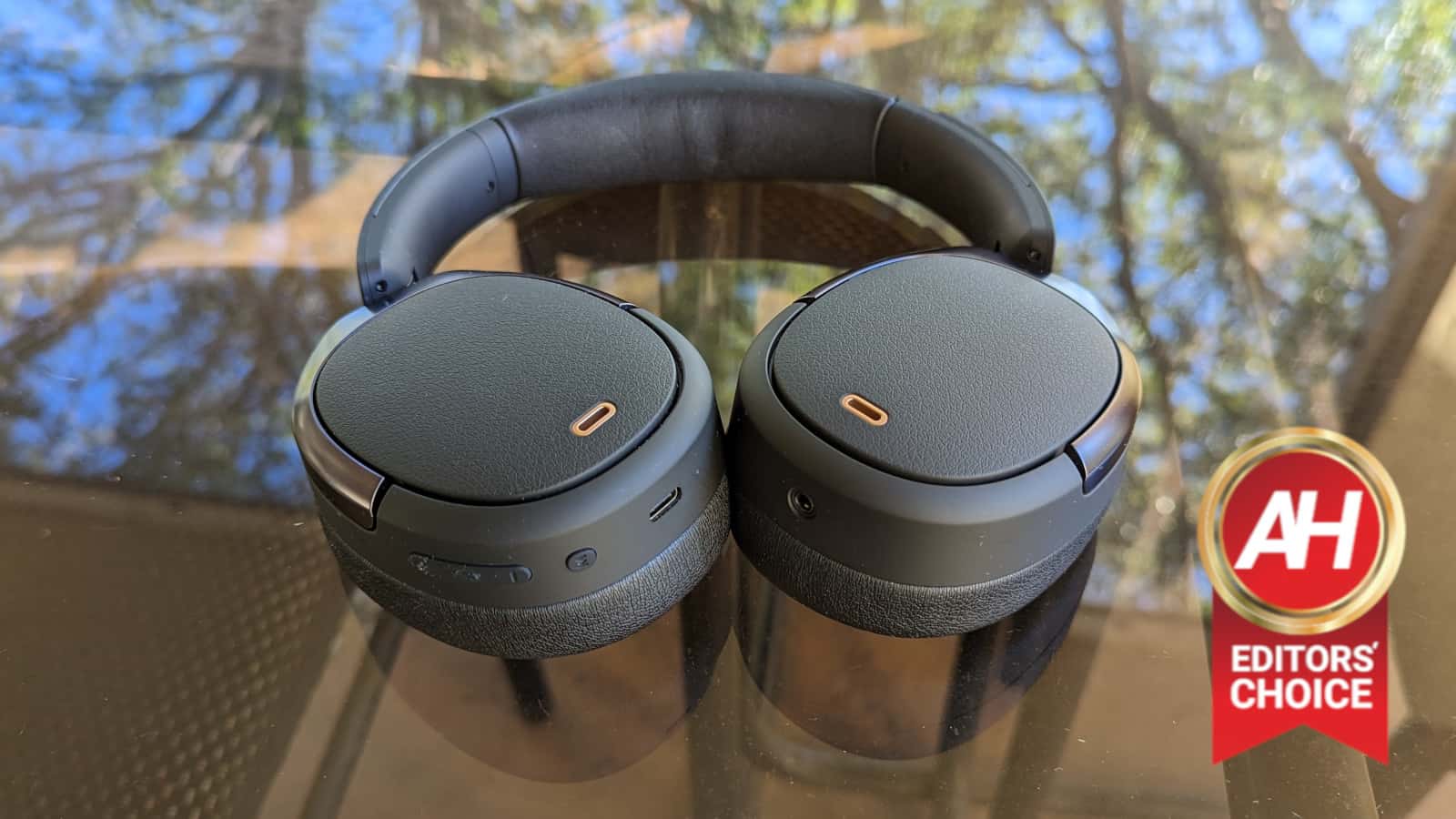 Edifier is a company that specializes in high-quality audio equipment. This includes speakers, earbuds, and headphones. The company just launched its Edifier WH950NB over-the-ear headphones. It sent Android Headlines a pair to review. So, let’s find out if these headphones keep up the company’s track record of delivering quality audio products.

You don’t get a really radical design with these headphones. However, the accent colors and subtle aesthetic details give them a nice and sleek look. We reviewed the black colorway, and they look rather nice. We see the Edifier logo printed on the side of the headband in gold. Also, each ear cup has one of its microphones on the side of them with a gold ring.

As for the build quality, while the headphones are light, they’re made from sturdy materials. The ear cups are made from strong plastic that doesn’t feel cheap at all. Also, the headband is made from metal, so it will be able to retain its rigid shape after a long time of use. 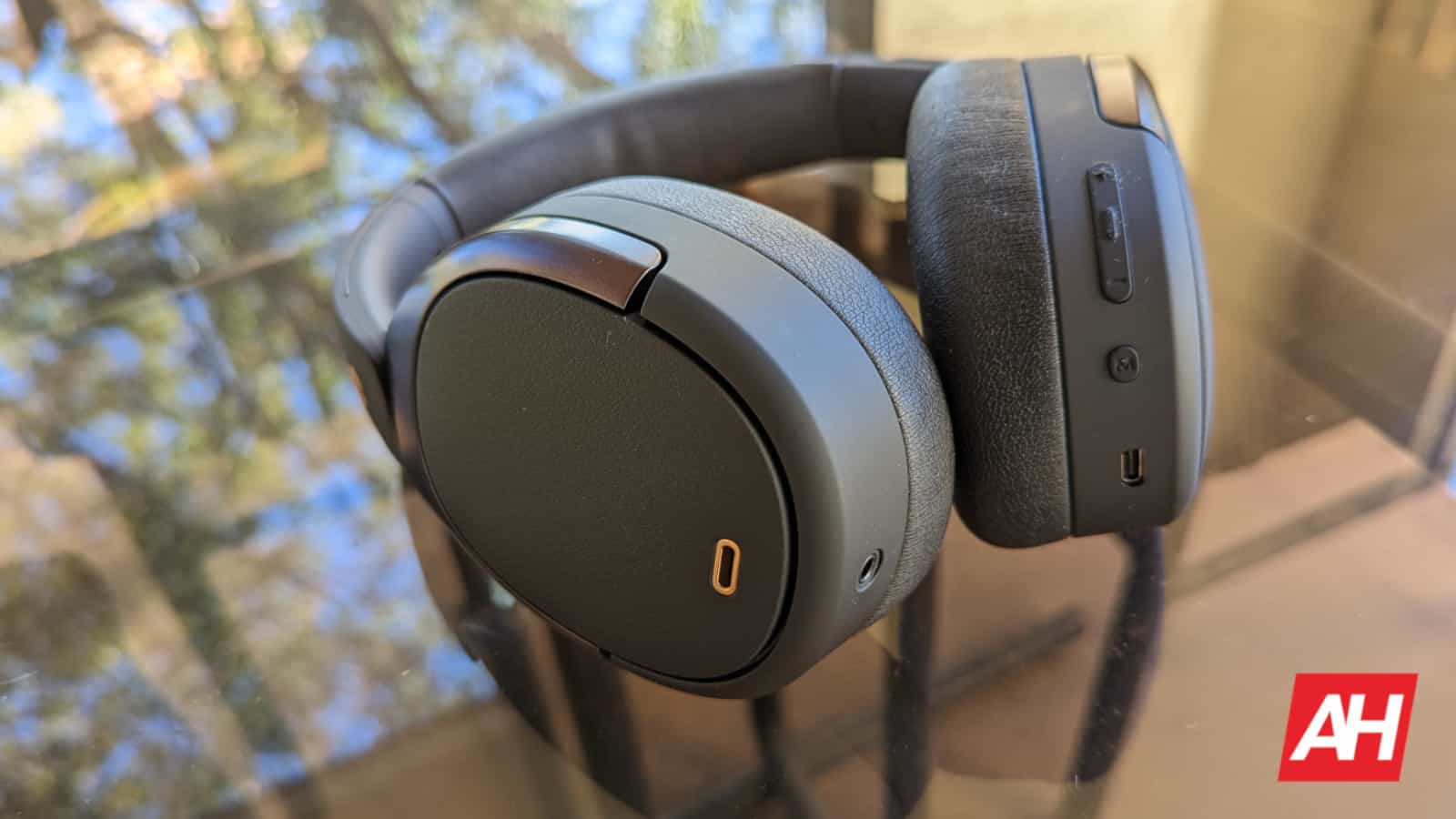 The ear cups rotate 90 degrees, and they also fold inward. This allows you to compact these headphones in two ways when you need to store them. The cups rotate smoothly, but when you’re folding them in and out, they hold their position. Overall, the quality of these headphones can be felt in the build quality.

When it comes to the feel, the Edifier WH950NB are very light and comfortable. I would wear these for full work shifts (6+ hours), and I never felt that they were weighing my head down. The cups have a soft foam pad that fully encompasses the ears. You won’t have to worry about using these for extended periods of time.

Taking them out of the box and playing some music, the sound is nice. You have a nice balance of bass and treble with some nice attention to the mids as well. Edifier is good at creating balanced audio between the lower and higher end. This is especially true with its MP230 Bluetooth speaker.

You can listen to more bass-heavy modern music, but you’re still able to comfortably listen to more balanced music. Do you like jazz? You’ll enjoy listening to it with these headphones. Maybe you fancy some 70s pop. It’ll sound great. Even for you classical music listeners, you’ll be able to listen to your music without skipping a beat.

That’s if you’re listening to the music right out of the box. Digging into the Edifier Connect app, you’re presented with some powerful tools to customize your sound. Let’s start off with the power EQ. When you open the built-in equalizer, you’ll see the four bands that you can adjust. Each band has a volume range between -9dB and +3dB.

Other EQs have more bands, but this one has an ace up its sleeve. You’re able to adjust each band’s frequency range in intervals as low as a single hertz. The lowest band can be set between 20Hz and 200Hz, 2001Hz-3KHz for the second lowest, 3001Hz-5KHz for the second highest, and 5001Hz-10KHz for the highest band. If that’s not enough, you can Q factor of each band. 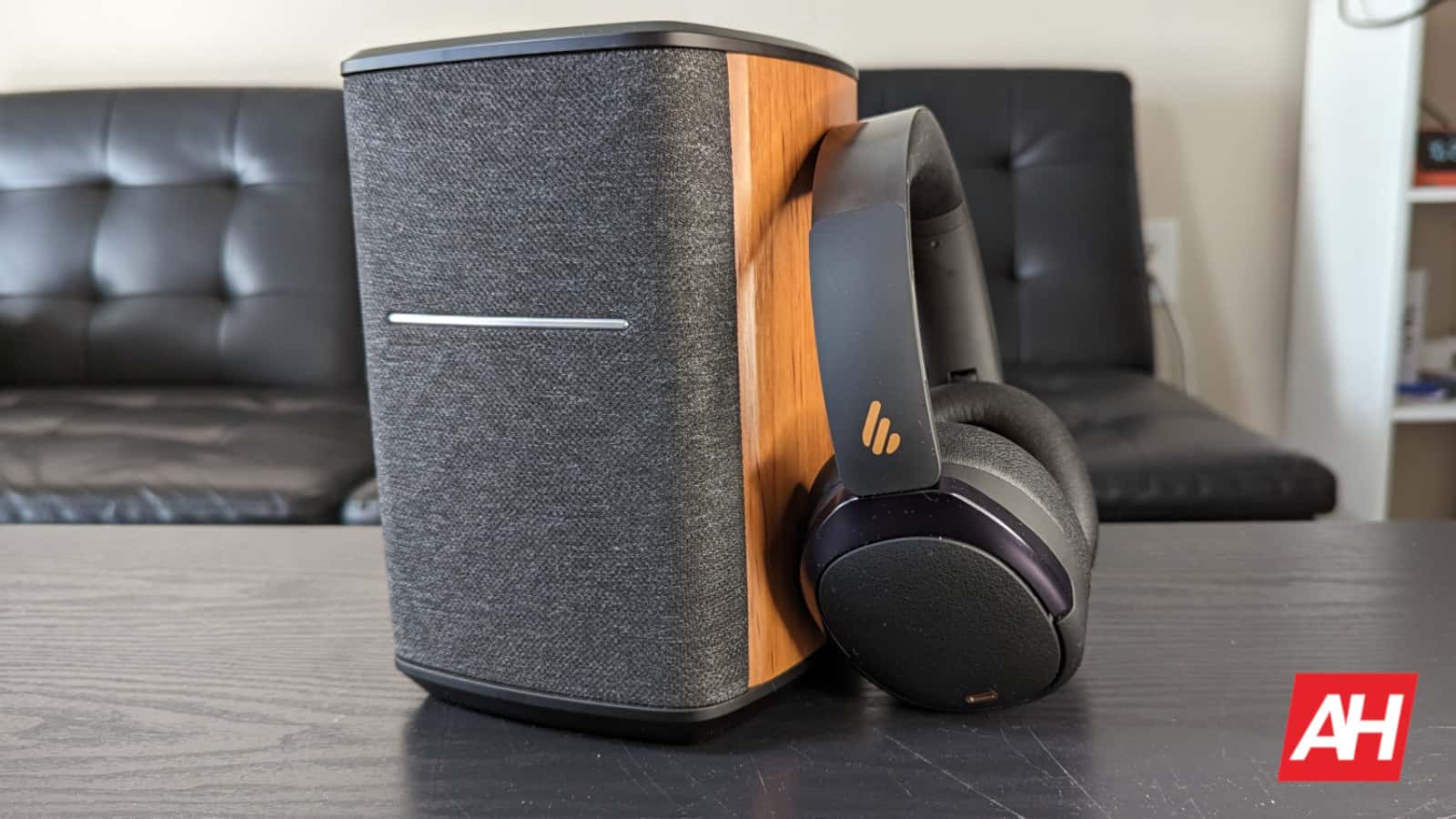 The audio quality of these headphones is great out of the box, but the ability to deeply customize your sound only makes them a more compelling offering.

As with most premium headphones, the Edifier WH950NB come with ANC (Active Noise Cancelation), and ambient mode. Starting off with the ANC, these headphones have three modes. If you don’t need aggressive noise cancelation, there’s the low noise cancelation mode. It will filter out a fair amount of the noise in the environment. It’s meant for more quiet places.

Out of the box, however, it’ll automatically switch to high noise cancelation. This mode will filter out a wider range of noise in your environment, and these headphones do a great job at it. When I activate the mode, I feel that feeling of isolation. The headphones destroy noise from the AC or refrigerator at home. They still do a great job when working in a noisy coffee shop. A lot of the chatter and machines are filtered out to make listening to music better. The next mode is wind mode. For this mode will help filter out the noise you get from the wind.

One thing that I was extremely happy to see is the ability to switch between ambient mode, ANC, AND regular mode right on the headphones. Most other wearable audio devices I’ve reviewed don’t allow you to switch to just regular mode from the actual device- I’d have to use the app. That’s a major annoyance, especially if you’re using a device that’s not compatible with the app.

It’s neat having the noise cancelation mode on, you most likely won’t need it on ALL the time. That mode uses extra battery power, so having an easy way to turn it off just helps.

Along with those modes, these headphones have Game Mode. This mode is supposed to offer low-latency audio streaming for people who want to play games with them. However, when I activated this mode, I didn’t really notice a difference in the latency. There was still about half a second between when I perform an action and when I heard it. 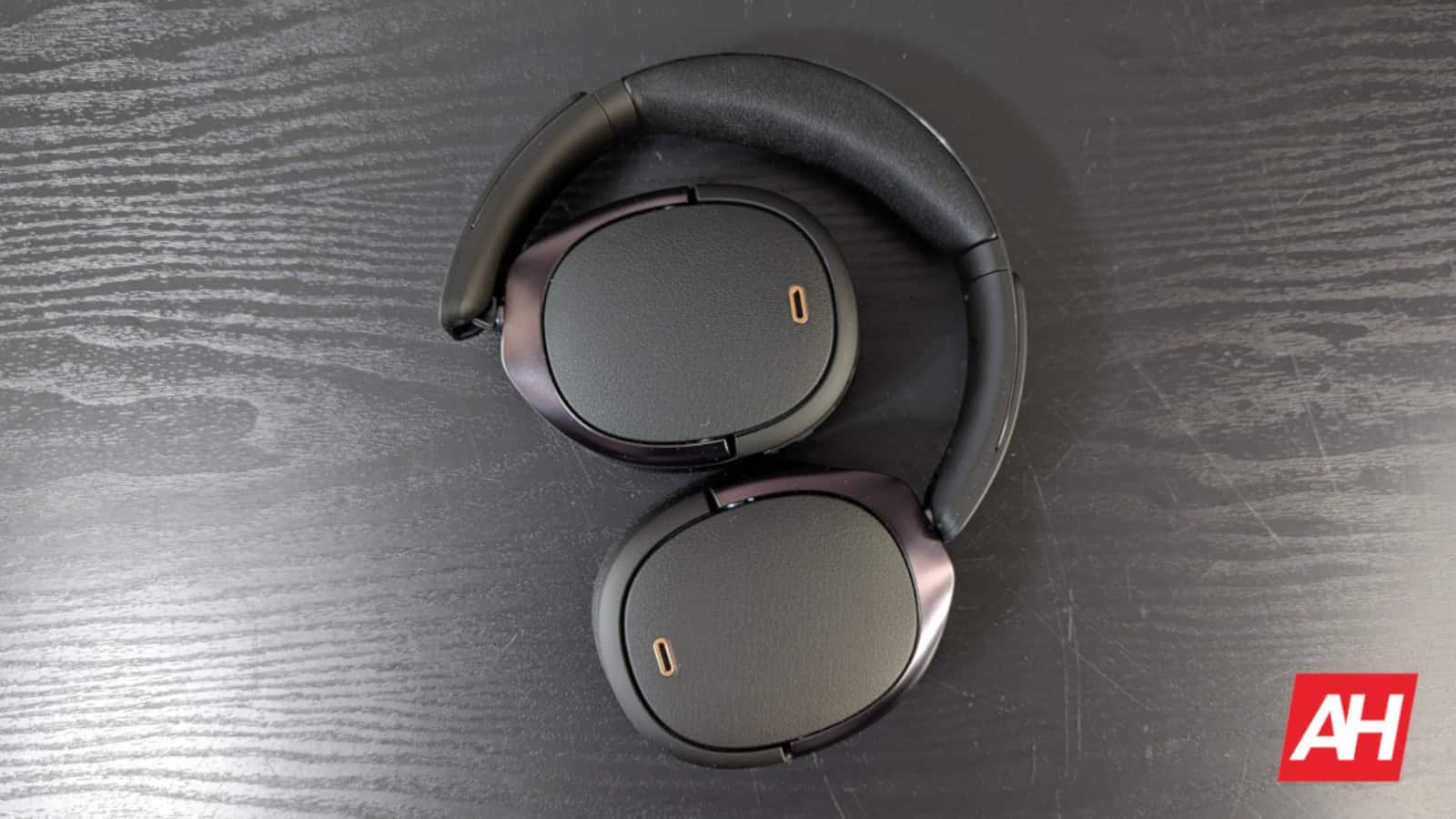 If you need to have a quick charge, you’re able to get a few hours of playback time on a single 30-minute charge. One thing to note is that when you get the first battery warning with other headphones, you’d usually have about 30 minutes before they bite the dust. However, with the Edifier WH950NB, you only get about 10 minutes. Just keep in mind that when you get the battery prompt, you’ll want to act fast.

One of the standout features of the Edifier WH950NB is the Dual-Device connection mode. This mode allows you to connect to two devices at the same time. Now, you won’t be able to listen to both of them simultaneously. Instead, you’re able to quickly switch between the devices without having to repair them.

My phone is my primary media device, but I listen to music on my computer while I work. So, I have the headphones connected to both of these devices. If I want to listen to anything on any of these devices, I simply need to play the media on that device. If I want to switch devices, I just need to pause what’s playing on Device #1 and press play on Device #2. The audio will switch over in a matter of seconds. 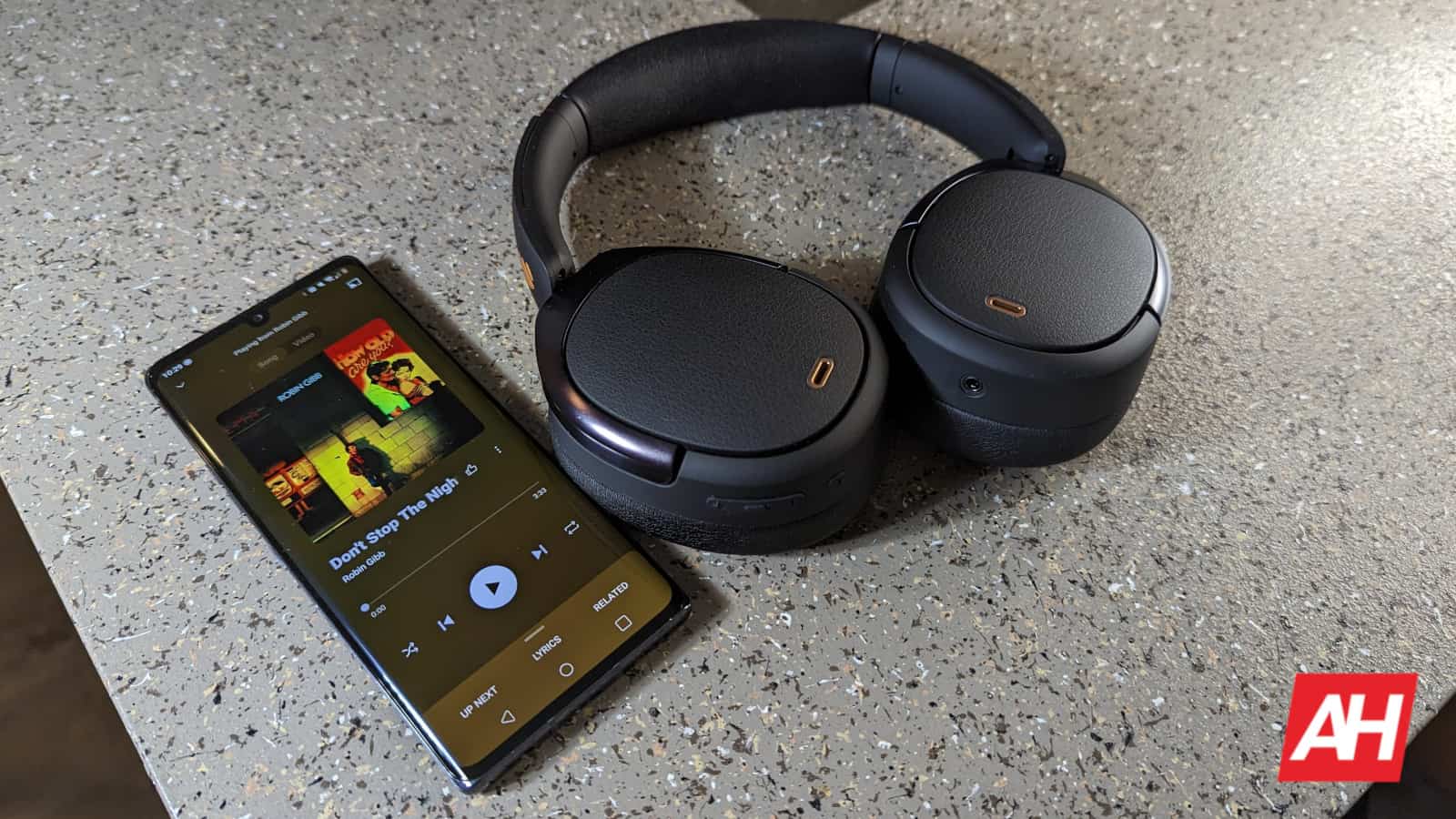 One issue is that when you hear a voice prompt, the audio you’re listening to mutes while the prompt is playing. It just gets in the way if you’re quickly switching modes. Unfortunately, you can’t disable them. You can turn the voice prompts’ volume down, but your audio still gets muted. Also, you won’t be able to hear your battery prompts.

It’d be neat if you could select which voice prompts you want to play. Also, if you disable a prompt, it’d be cool if the mode could just change without muting the media. 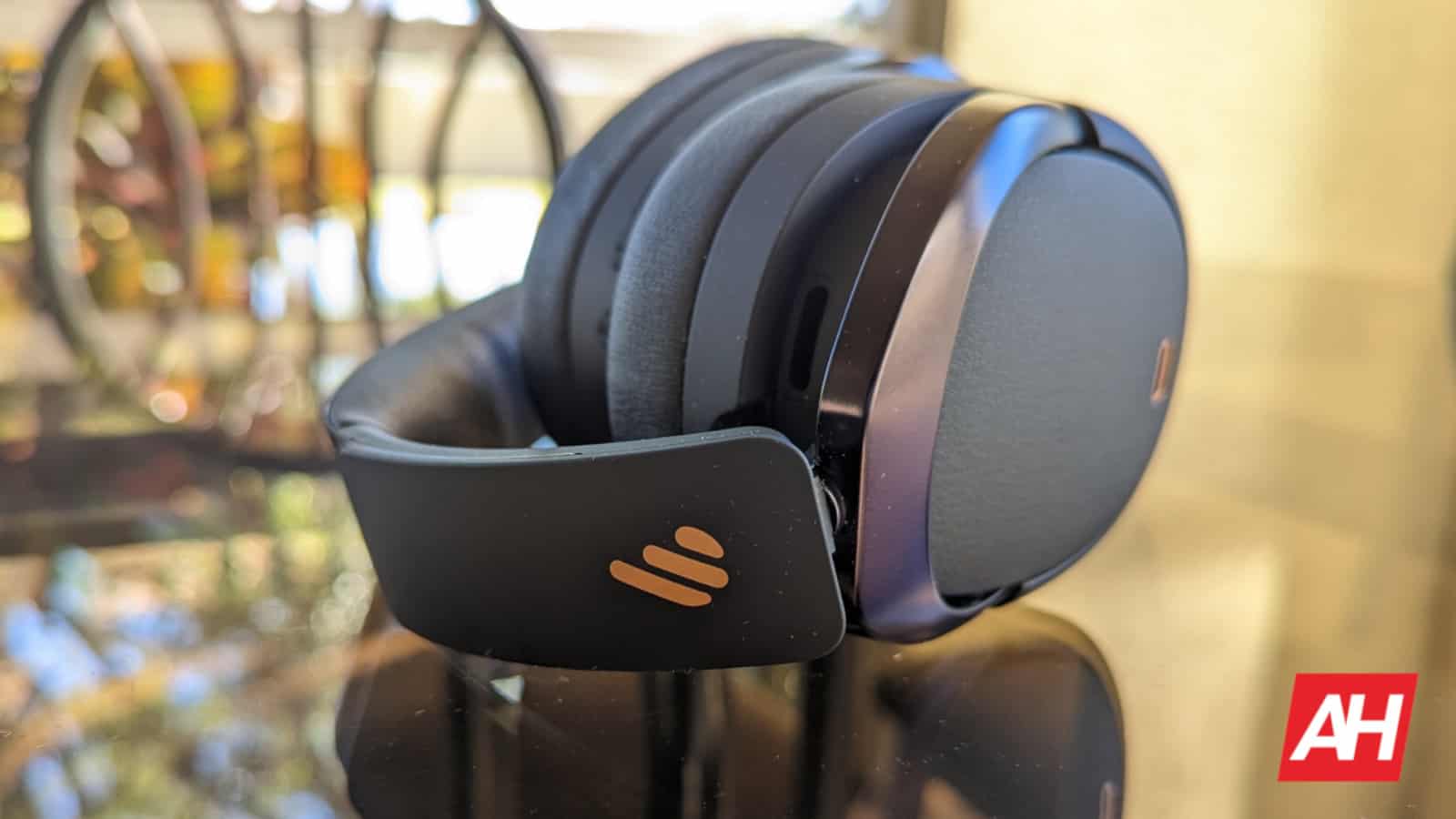 You should buy the Edifier WH950NB if you:

You should buy the Edifier WH950NB if you:

The post Edifier WH950NB Review: There's a lot to love about these headphones! appeared first on Android Headlines.