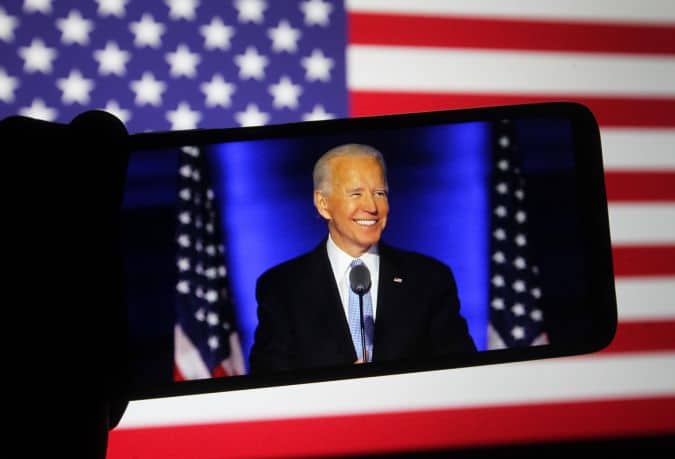 The massive power and influence of Big Tech over politics, national security, and the economy allegedly become a concern for the US administration. According to an op-ed Biden wrote for The Wall Street Journal, he has called for bipartisan legislation to keep Big Tech in check and make them accountable for their actions. He also recently asked for a probe into Elon Musk’s Neuralink.

While the president did not mention a specific company, we all know that companies like Google, Apple, Microsoft, and Meta are called Big Tech. These companies usually gather a vast amount of data from users. President Biden also believes Big Tech can “deepen extremism and polarization in our country, tilt our economy’s playing field, violate the civil rights of women and minorities, and even put our children at risk.”

Privacy is a top concern for the president, and he’s asking for serious “federal protections” for the data that Big Tech is collecting from users. Biden says legislation should determine a limit for the data collection practices, including biometric, health, browsing history, location, and communications data.

The US president also calls for extra protection for young people who are “especially vulnerable online” and suggests limiting targeted advertising or banning it altogether. Biden alluded to Section 230 of the 1996 Communications Decency Act that gives immunity to online platforms from civil liability. Revoking Section 230 was one of Biden’s presidential campaign promises that have yet to come true. Likewise, US senators and Congress members have recently proposed several bills to amend Section 230 and keep Big Tech accountable.

Besides limiting data collection, Joe Biden wants tech companies to be more transparent about their algorithms “to stop them from discriminating, keeping opportunities away from equally qualified women and minorities.” Additionally, Biden says algorithms can harm children’s mental health and safety.

Despite the political differences, it seems that the Democrats and Republicans are united in passing bills that restrict major tech companies. Last February, a bipartisan bill was introduced to give children more control over their privacy options and keep them away from harmful content like self-harm, sexual exploitation, and alcohol.

In the end, Biden mentioned his efforts to promote competition in the US economy and tech industry. “My vision for our economy is one in which everyone — small and midsized businesses, mom-and-pop shops, entrepreneurs — can compete on a level playing field with the biggest companies,” Biden said.