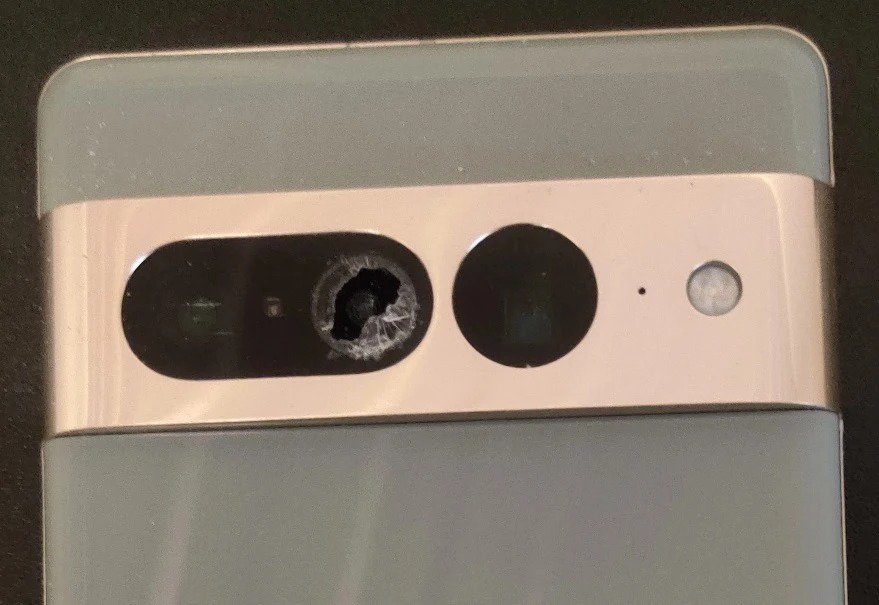 A while back, it was reported that the camera glass on some Pixel 7 units is shattering for no apparent reason. There were quite a few complaints on Reddit, amongst other places. Well, it seems like the Pixel 7 users are quite annoyed with Google at this point over the shattered glass issue, as the company is not taking responsibility.

A Reddit subscriber that goes by the name ‘rsaxena6991’ has been talking to Google about the problem. The glass on his Pixel 7 Pro shattered, and he wanted to get that sorted out. Things did not go his way, though.

This is what he wrote: “However, have been struggling to get them to cover this spontaneous shattering under warranty despite sharing countless Reddit articles, google support case IDs, etc. proving that they have covered it under warranty for some customers who have faced the exact same issue. They keep saying they don’t cover “physical damage”.

He added that he was asked to pay $400 to repair the problem via Google’s repair center. That is quite normal, considering that there was no physical impact, it seems, as the phone was not dropped or anything of the sort. He also added: “This is a real problem and google is taking no ownership of this or treating consumers equitably”.

Some users are getting scared off because of this, and gave up on purchasing Google’s device(s)

That is, of course, not the only comment regarding the issue. Also, some users were scared off from purchasing a Pixel 7 series handset due to this issue. The ‘Popeye-sailor-man’ is a good example. He was ready to take the plunge, but after reading the issues, he decided not to.

A Reddit subscriber that goes by the name ‘Sikkersky’ added: “A single thread on this subreddit alone had over 20 confirmed reports of the issue, and around 50 replies in total, indicating a significant number of affected individuals. It is unacceptable for a company as reputable as Google to produce a faulty product and for customers to have to fight for warranty coverage. It is important that the issue is addressed and that Google is held accountable for their manufacturing errors”.

Now, some of you may say the users are to blame, but there are quite a few reports regarding this. It seems to be a manufacturing problem, and it’s likely connected to the use of aluminum on the back. Why? Well, it wasn’t an issue with the Pixel 6 which had glass over the entire camera visor.

Either way, Google should look into this, and release some sort of an official statement. Regardless of what exactly is happening, the company should take serious action. It should own up to the mistake, if this is a manufacturing error of some sort.