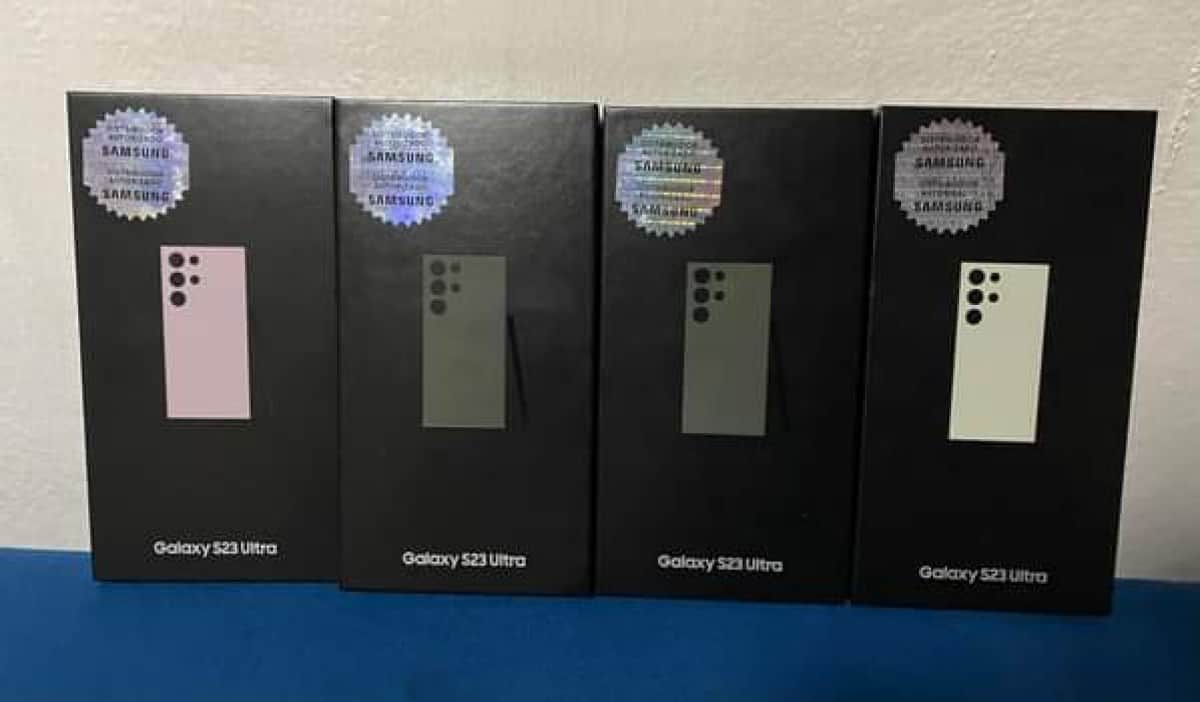 With the official launch just over a week away, leaks about the Samsung Galaxy S23 series have started to come thick and fast. Over the past few days, we have seen the phones in multiple sets of official renders, along with detailed specs and alleged US pricing. The Galaxy S23 Ultra has now appeared in an unboxing video.

The Galaxy S23 Ultra shows up in an unboxing video

Posted on Twitter, the video shows a white-colored Galaxy S23 Ultra being taken out of its retail box. In Samsung‘s fancy terms, this should be the Cotton Flower variant. The phone will come in three more colorways: Phantom Black, Misty Lilac, and Botanic Green. The Cotton Flower version seemingly gets a shiny gold finish on the edges. The edges are a little flatter this year, which should help with grip.

This Galaxy S23 Ultra unboxing doesn’t reveal anything that we don’t already know. But it’s still nice to see the phone’s design in a real-life video rather than renders. The handset gets a boxier body than the other two Galaxy S23 models. It has a built-in S Pen silo at the bottom.

The accessory’s head will have the same shiny finish as the device’s frame, with ensures uniformity. The USB Type-C port, bottom-firing speaker, SIM tray, and microphone reside at the bottom alongside the S Pen.

The left side of this phone is free of any holes or ports but a second microphone is there on the top, while the power button and the volume controls are on the right. On the back, we have four cameras, a laser sensor, and an LED flash.

The Galaxy S23 Ultra will debut Samsung’s third-gen 200MP smartphone camera, the ISOCELL HP2. The other three cameras include a 12MP ultrawide lens and two 10MP zoom cameras with 3X and 10X optical zoom capabilities. The tiny hole on the display houses a 12MP selfie camera.

Samsung will launch the new flagships next week

Samsung has set the February 1 launch date for the Galaxy S23 series. The company will host its first major in-person Galaxy Unpacked event in San Francisco since the Galaxy S20 launch in early 2020. The Galaxy S21 and Galaxy S22 launches were online affairs due to coronavirus restrictions.

The latest flagships should be available for pre-order immediately after launch next Wednesday. General sales are expected to begin on February 17. We will keep you posted with all the latest information about the Galaxy S23 trio.

The post Galaxy S23 Ultra unboxed in a video over a week before launch appeared first on Android Headlines.