Having owned six different Google Pixel devices over the course of three years, I’m writing this article with a clear preference in mind. I’ve always loved Google’s Pixel phones for a number of reasons, but with the Galaxy S23 launch only a few days away, I am once again reminded that as popular as it may be with Android enthusiasts online, Google’s Pixel brand is once again overshadowed by one of the biggest players in the smartphone industry.

It’s no secret that while Android continues to be one of Google’s most popular and widely-adopted software services, the OS itself has also been intertwined with the relevance of Samsung’s Galaxy-series devices, to the point where “Android” and the Galaxy brand are seen as being one and the same by most consumers. There’s a level of fanfare behind each Galaxy S-series launch that simply can’t be matched (at least up until this point) by any of Google’s releases. 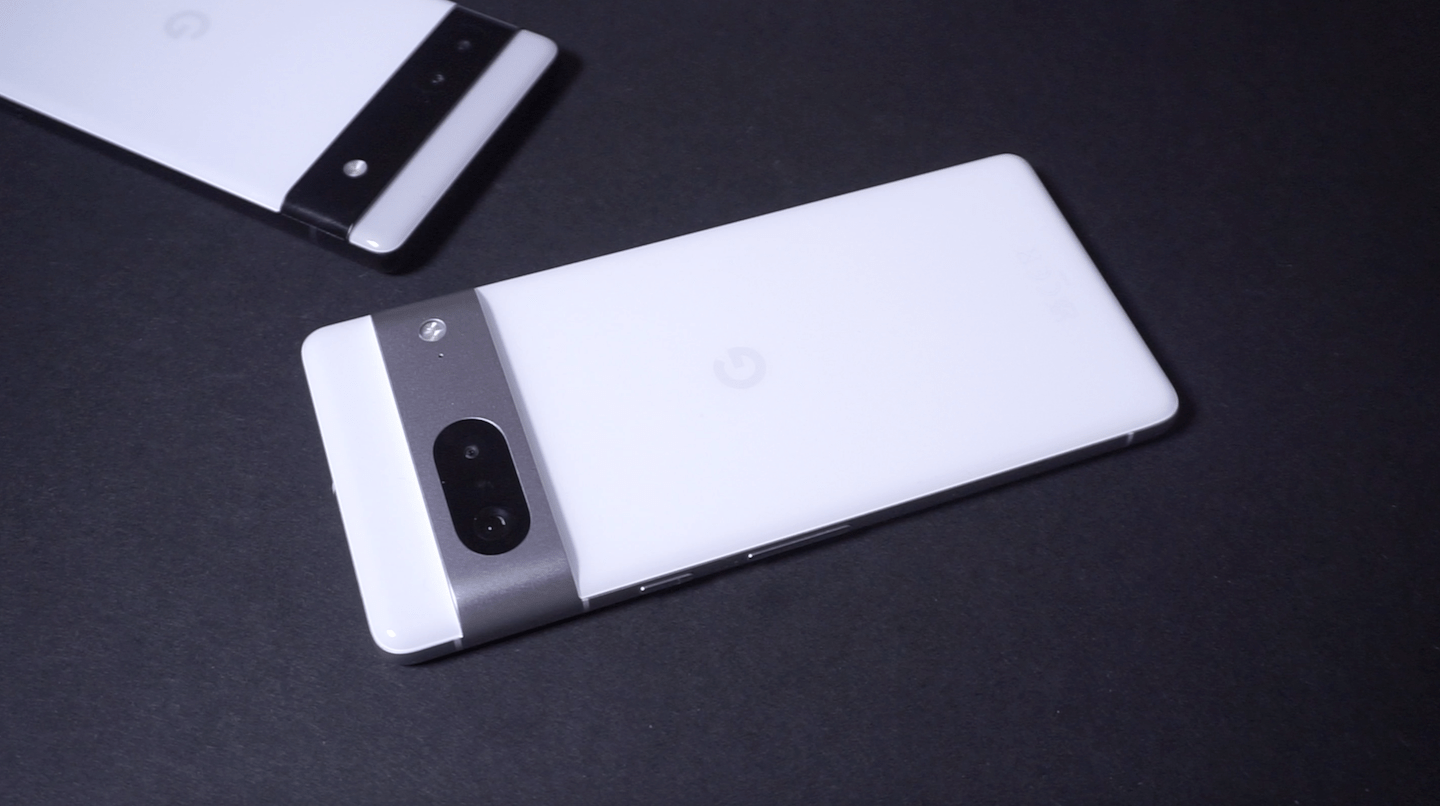 This then begs the question – which brand better represents Android as a whole? Does the Pixel’s growing ecosystem pave a more cohesive direction for Android, or has Samsung essentially become the poster child of the Google-owned software platform? Let’s take a look.

One of the things we have to consider about Android is its malleability – somewhat similar to Microsoft’s Windows operating system, Android is used by a wide variety of brands and OEMs to power their own devices, often customized to set them apart from other phones and to give them a bit of “brand identity.” 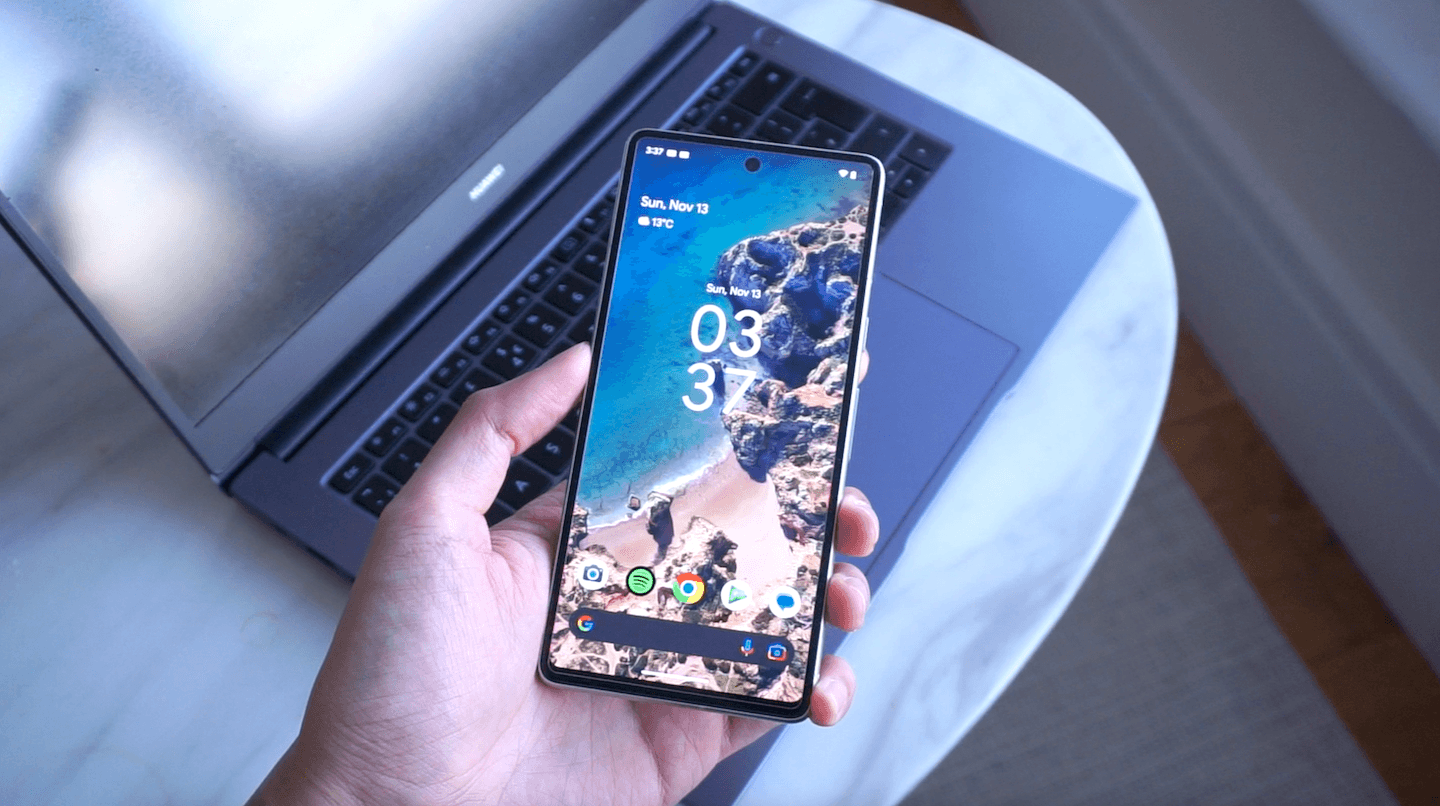 As such, Google and Samsung each have their own version of what they want Android to be – Google’s Android interface on its Pixel devices leans more towards a “cleaner” and minimalist style, with just enough customizability by way of its “Material You” design aesthetic. It also features a ton of Google-exclusive software features, such as Assistant Voice Typing, Spam call protection, and a handful of Pixel camera functions, to name a few.

Contrary to popular belief, the version of Android that we see on Pixel phones isn’t “stock” Android, but it’s the closest we have to a pure Google experience, unadulterated by excessive bloatware. Personally, I much prefer this approach to Android, as it just lets me focus on the essentials and get what I need from the software. 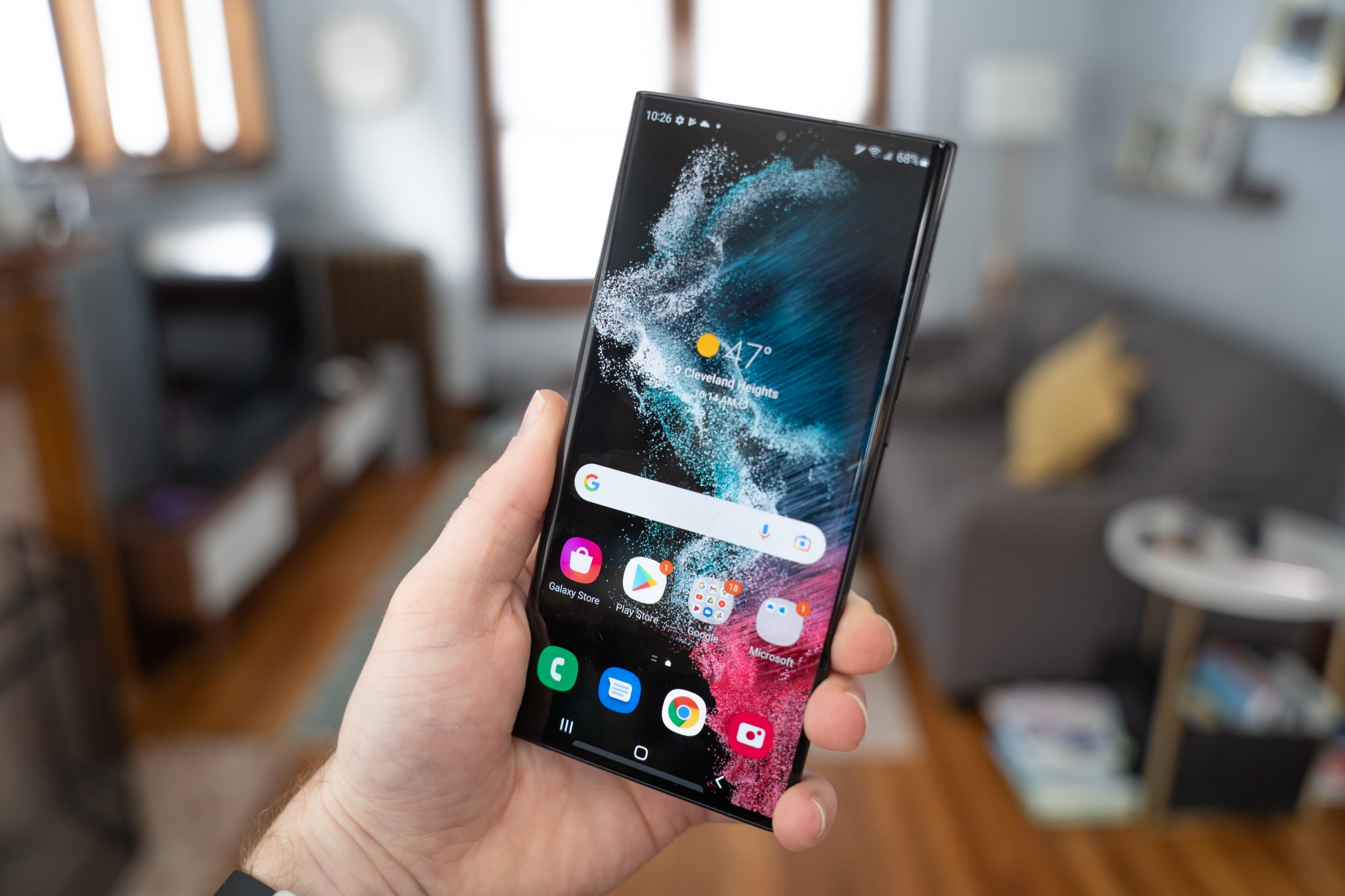 On the other hand, Samsung has gone all-out with molding Android in its own image, adding a ton of software functionality through One UI. It’s almost a two-edged sword in a way – Samsung has done a great part in pioneering customizability with Android throughout the years, but at the same time the brand adds a ton of its own first-party apps and services. It’s not a bad thing per se, but more often than not Samsung phones come with a myriad of pre-installed apps, a lot of which just sit there taking up space, or end up being uninstalled right away.

It’s definitely not as clean as what you’d see on a Pixel phone, but on the other hand it comes with some features that Pixel phones don’t even have (forced full-screen apps, anyone?) which, depending on who you’re talking to, adds a different level of usability.

Another thing to note with both brands is that they each sell devices intended for premium smartphone users – currently, Google has the Pixel 7 Pro, its latest high-end flagship launched back in October, while Samsung has the Galaxy S22 Ultra, its most powerful phone on the market to date. This is bound to change though with the S23 series, which launches in a few days (at the time of writing).

It should be said that while both phones come with high-end hardware, there are some notable differences between the two. For example, The Pixel 7 Pro uses Google’s Tensor G2 SoC, versus the Galaxy S22 Ultra which uses the Qualcomm Snapdragon 8 Gen 1. 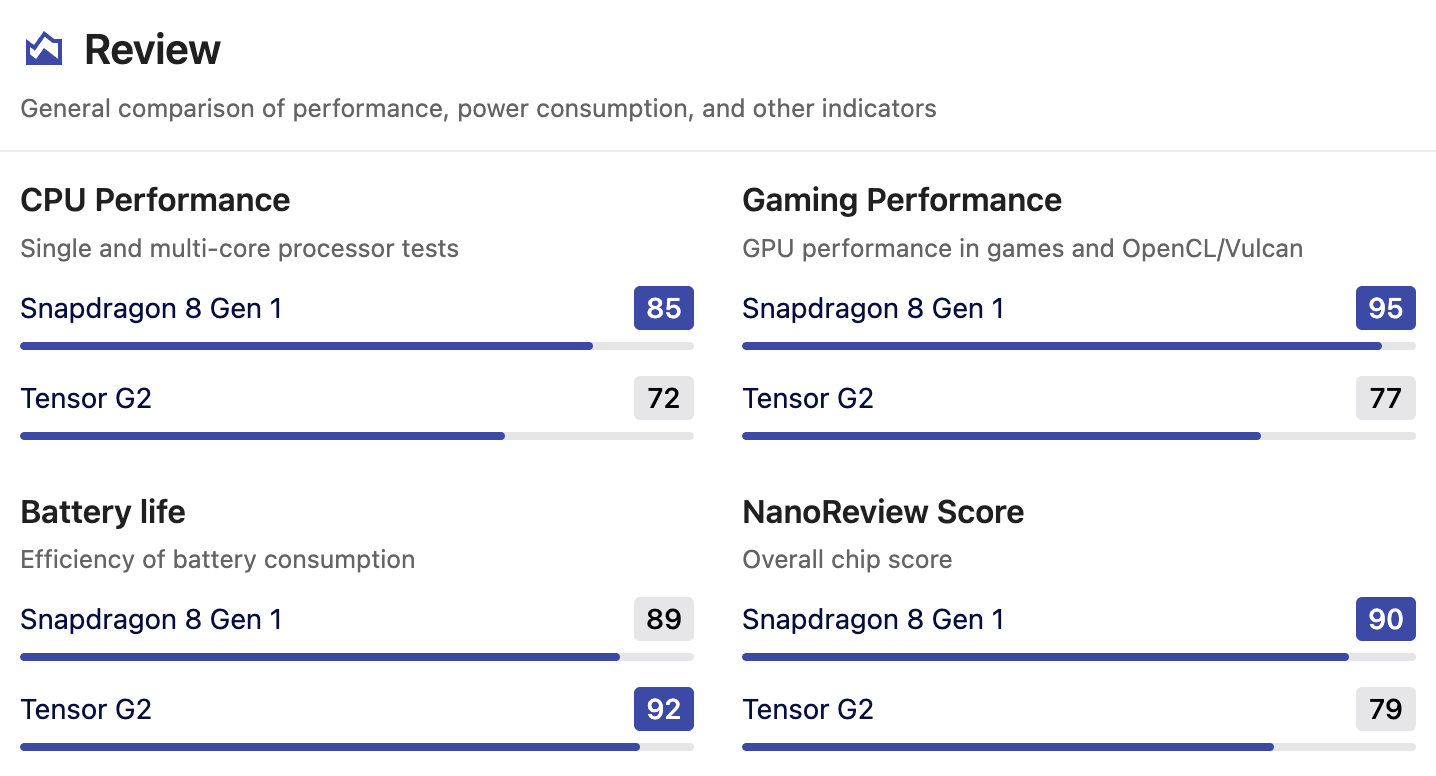 In terms of benchmarks, the S22 Ultra’s raw power dominates the 7 Pro in general performance and gaming, and even in aspects such as display quality, fingerprint scanner accuracy and megapixel count – it’s really premium as far as premium goes. This disparity in hardware is bound to stretch even further once the S23 makes its debut. Of course, benchmarks aren’t everything, but it goes without saying that there’s a certain slice of the market that bases their purchase decisions from factors like these.

Now, this doesn’t mean that the Pixel 7 Pro can’t offer a flagship-level smartphone experience, but rather serves as an example of Samsung’s expertise in the hardware business. They’ve been building and designing their own phones since day one, and this has resulted in some truly impressive smartphones over the years, offering high-end designs and top-level performance.

Earlier, we mentioned that a lot of users often see Samsung as being synonymous with Android, which isn’t at all surprising. In terms of global reach, Samsung outpaces Google – as of late 2022 for example, Google has managed to sell 27.6 million Pixel phones ever since the lineup was originally introduced back in 2016, although that only amounts to around 1/10 of the number of phones Samsung has sold in 2021 alone. According to Bloomberg’s Vlad Savov, Google would need 60 years in order to catch up to Samsung’s 2021 figures.

Another factor that comes into play in this situation is the lack of reach on Google’s part – I wrote a piece a while back expressing a need for more market coverage from Google. Having lived in Southeast Asia, it was rather difficult to get your hands on a Pixel phone with proper warranty support and customer service, for example. 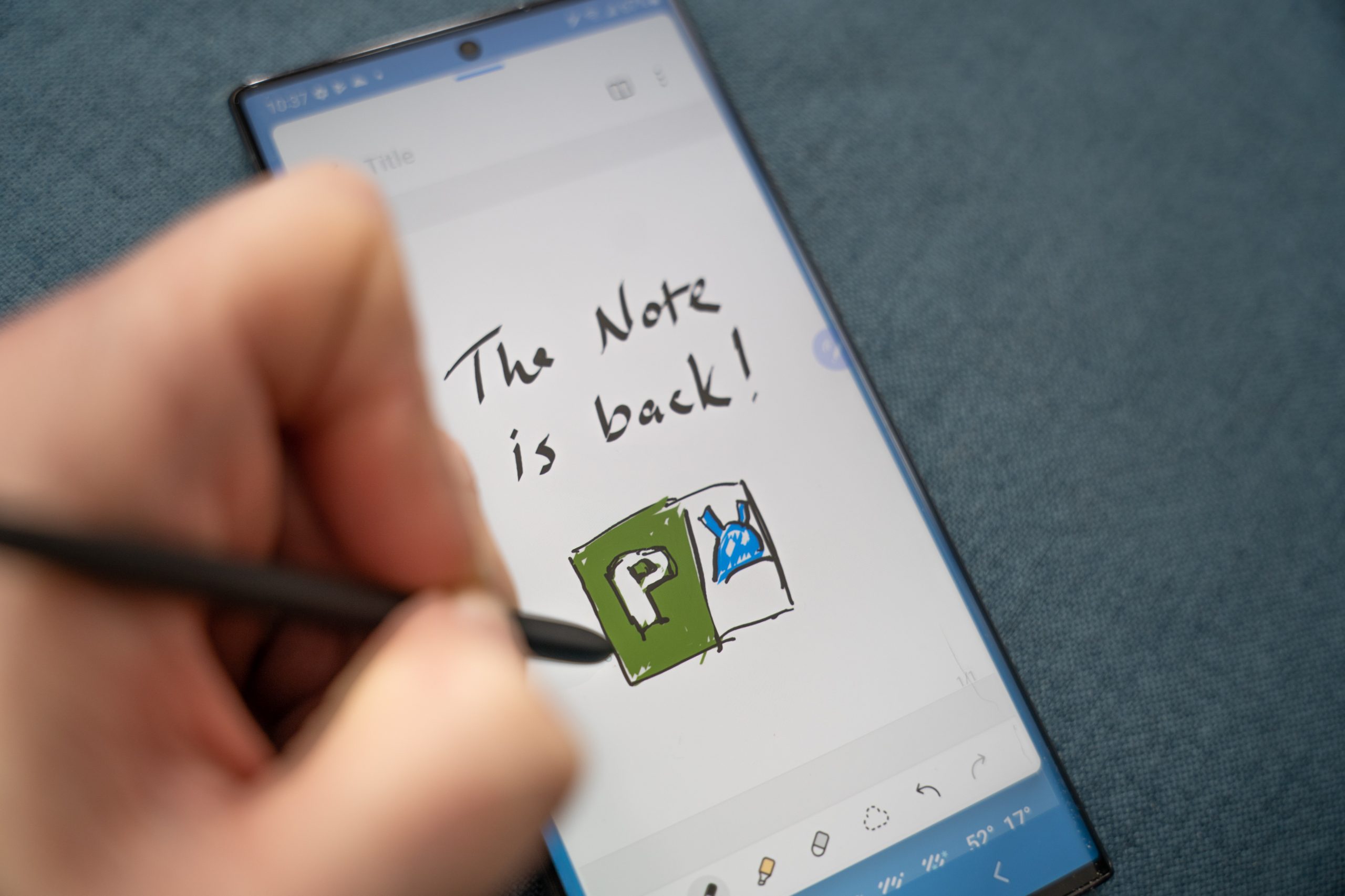 By comparison, official Samsung retailers were abundant, and grabbing a Samsung handset from carriers was an effortless affair, with various choices available for different customers with different cost preferences. On the other hand though, we’ve seen considerable efforts from Google in building up its Pixel brand with more products, accessories, all the way to smart home hardware, and while Google has been selling its newer Pixel phones in more markets, it still has a lot of catching up to do with the competition in the grander scheme of things.

Samsung’s marketing game continues to be on point as well – for a lot of consumers, the South Korean electronics giant has become the default face of Android, and the question of whether or not one “owned an iPhone or a Samsung” was something you’d occasionally hear, especially from consumers who might not as be as informed as a lot of smartphone enthusiasts online.

Based on the already-unwavering popularity of leaks and renders of the Galaxy S23 Ultra, there’s little doubt that its actual launch will once again bring Samsung to the forefront of the Android, drawing all eyes and ears to it once it hits the spotlight.

Like I mentioned at the beginning of this piece, I love my Pixel phones – the Pixel 7 is probably the best Android experience I’ve had, especially with the amazing camera and seamless integration of Google’s AI capabilities into Android. At the same time though, I have to give credit where it’s due, and it’s simply impossible to dismiss the impact that Samsung has had in pushing Android into the mainstream, and increasing Android device adoption among users worldwide.

Perhaps one could say that while Samsung’s Galaxy phones represent Android on a worldwide scale, Google’s Pixel phones meanwhile serve as an ideal image of what Android is, especially with its unique and AI-focused approach to software.

Whether or not you prefer Samsung’s dynamic take on hardware and software, or Google’s more nuanced approach to smartphones, there’s little doubt that Android’s charm lies in its ability to cater to different people with different needs, and in the never-ending competition for the Android market space, there’s no denying that consumers are the biggest winners at the end of the day, regardless of which brand they associate Android with.

For now though, Samsung continues to play its part as the “go-to” Android brand, at least as far as mainstream buyers are concerned.