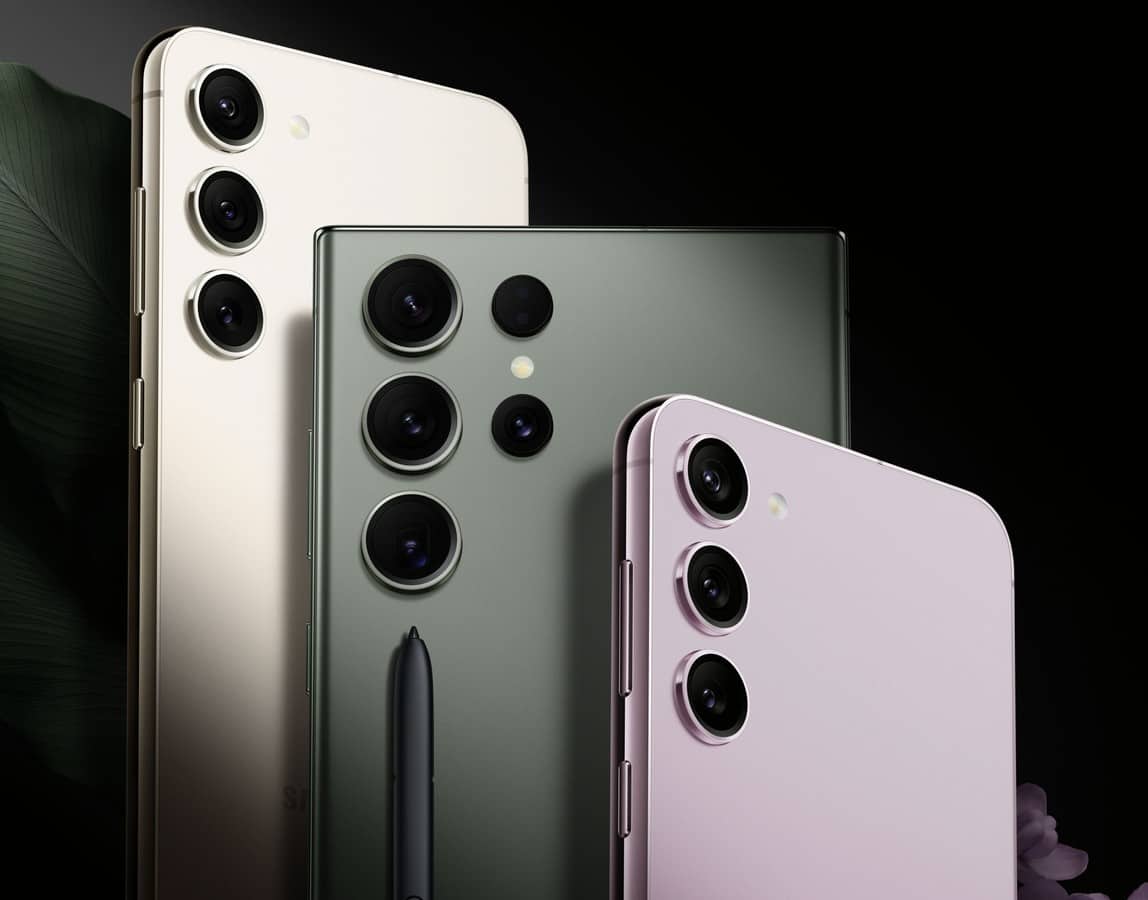 The entire Samsung Galaxy S23 family has just surfaced in yet another image. Evan Blass, a well-known tipster, has shared a new image via Twitter. You can check it out below the article, in its entirety.

You will notice that all three phones are included here, and it seems to be Samsung’s promo image for the devices. It is quite clear by now what these phones will look like. They leaked in a ton of images thus far.

The Galaxy S23 and S23+ will include flat displays, and flat backs. Their sides won’t be flat, though, and three cameras will sit on the back. Those cameras will protrude straight from the backplate on all three devices, actually.

Three color variants are shown in the provided image

You can see three color variants in the provided image. The Galaxy S23 Ultra is shown in ‘Botanic Green’ color, while the other two phones pose in ‘Misty Lilac’ and ‘Cotton Flower’ colors. Those are, at least, the rumored names for these green, purple, and gold-colored devices.

All three phones will become official on February 1, and they’ll all be fueled by the Snapdragon 8 Gen 2. Samsung will not use an Exynos SoC at all this time around, so users in Europe will be able to enjoy in the latest Snapdragon offering.

Android 13 will come pre-installed on all three smartphones, with Samsung’s One UI skin. All three devices will likely be made out of metal and glass, and the S22 Ultra will also include an S Pen.

If you’d like to know more about the device, check out our Galaxy S23 preview. 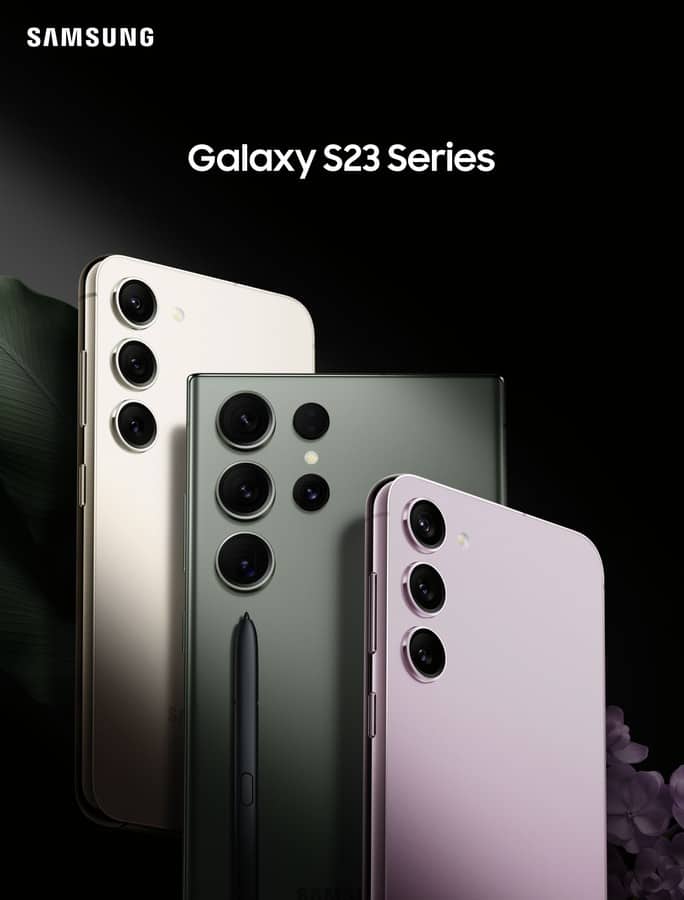 The post The entire Galaxy S23 family poses for the camera appeared first on Android Headlines.