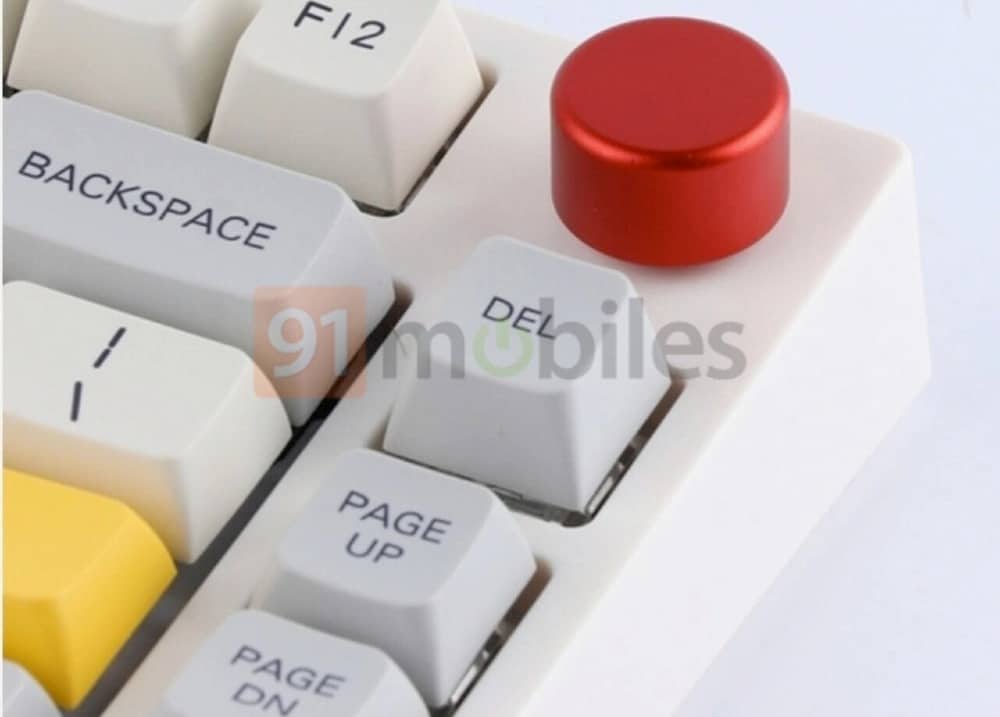 The OnePlus Keyboard will soon become official, and thanks to a new leak, we get to take our first look at its design. Before we get into it, do note that this keyboard is set to launch on February 7. As many of you already know, this is the OnePlus 11 launch date. The OnePlus Buds Pro 2 will also launch during that event.

Take a first look at the OnePlus Keyboard design

That being said, if you take a look at the provided image, you’ll notice this is a mechanical keyboard. This keyboard combines quite a few colors, even though we get to take a look at its top-right corner only.

The keyboard itself will be white-colored, while some keys will be grayish. The enter button will be yellow-colored, while you can also see a red round button in the top-right corner. That button will probably rotate, and it’s quite large.

We still don’t know what is its purpose, but this is likely a button/dial, which you’ll be able to rotate in order to move in a video timeline or something of the sort. You’ll likely be able to tweak its functionality.

This keyboard already has a landing page on the OnePlus website. That website does confirm that mass production is scheduled for March-May, so you won’t be able to get your hands on it right after the February event.

It will feature a double-gasket design

The OnePlus Keyboard will have a double-gasket design. In other words, you’ll get those satisfying clicking sounds, but with dampers, so it won’t be too loud. You can also expect it to be made out of aluminum, well, its frame, at least.

The source also says that the keyboard will support open-source firmware for remapping keys. One thing to note is that this keyboard will be designed by Keychron.

UPDATE: as we were wrapping up this article, more images appeared. OnePlus actually started teasing the keyboard. Based on the additional images (shown below), you can see that the OnePlus Keyboard will arrive in more color options. It will be a wireless keyboard (with a wired operation option), it seems, and made for both Mac and Windows. 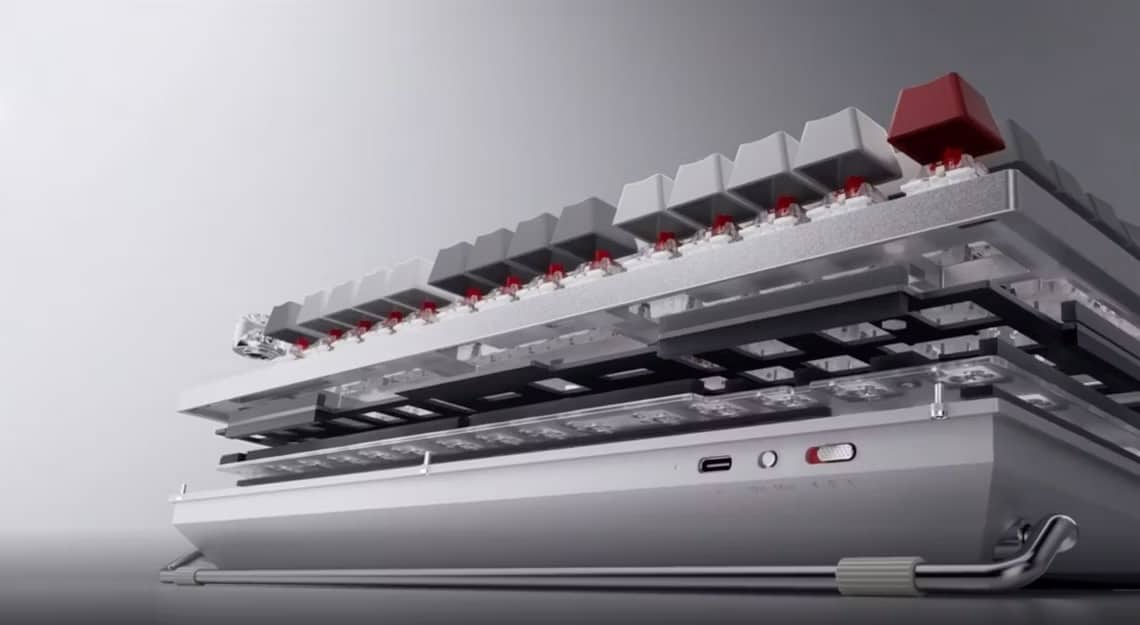 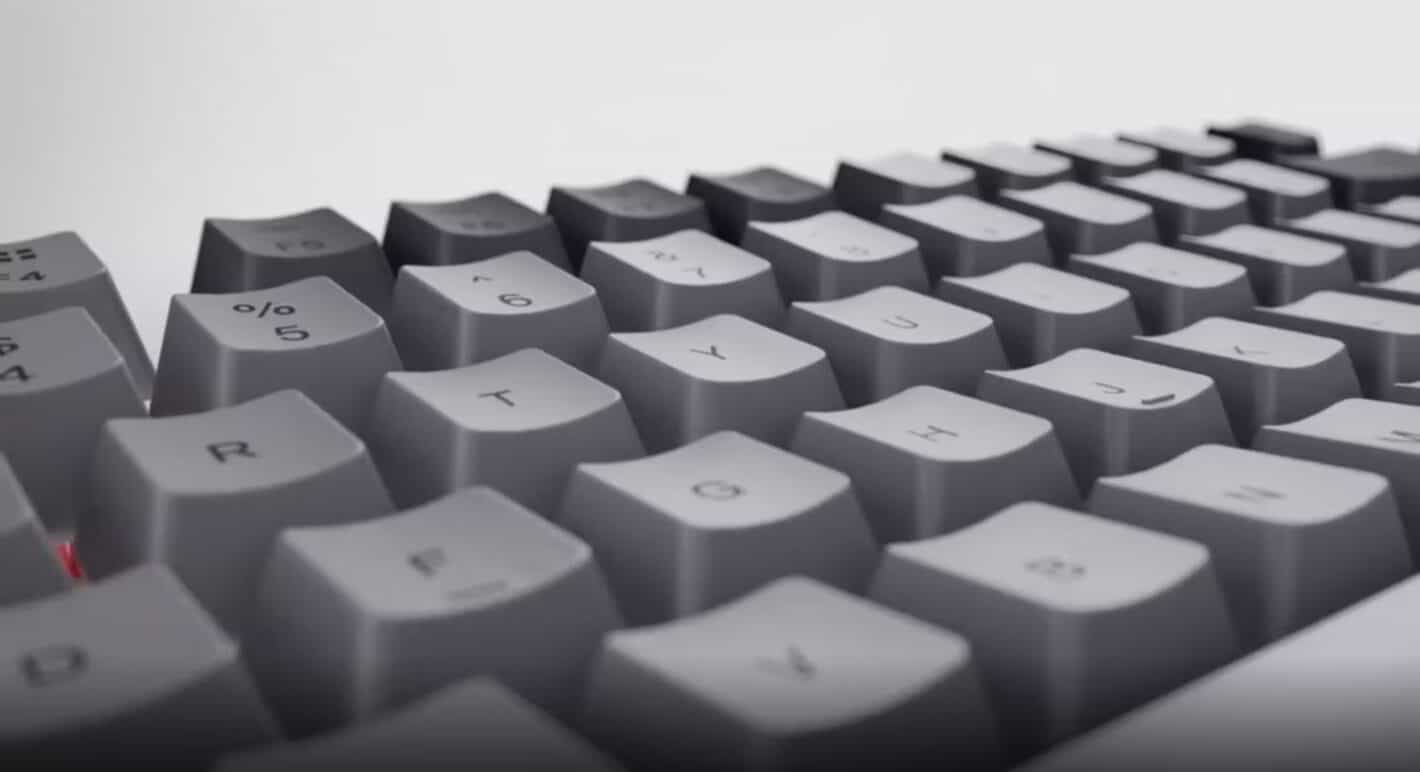 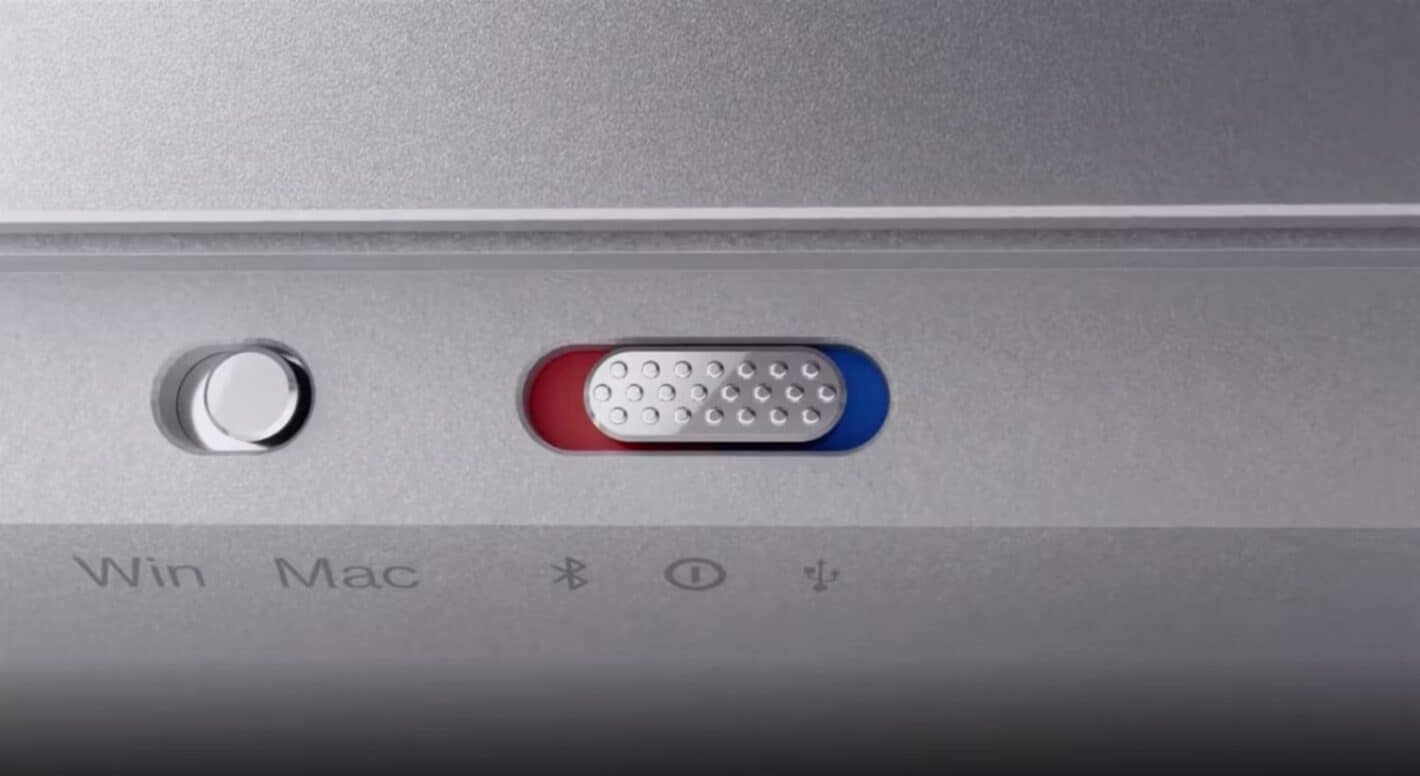 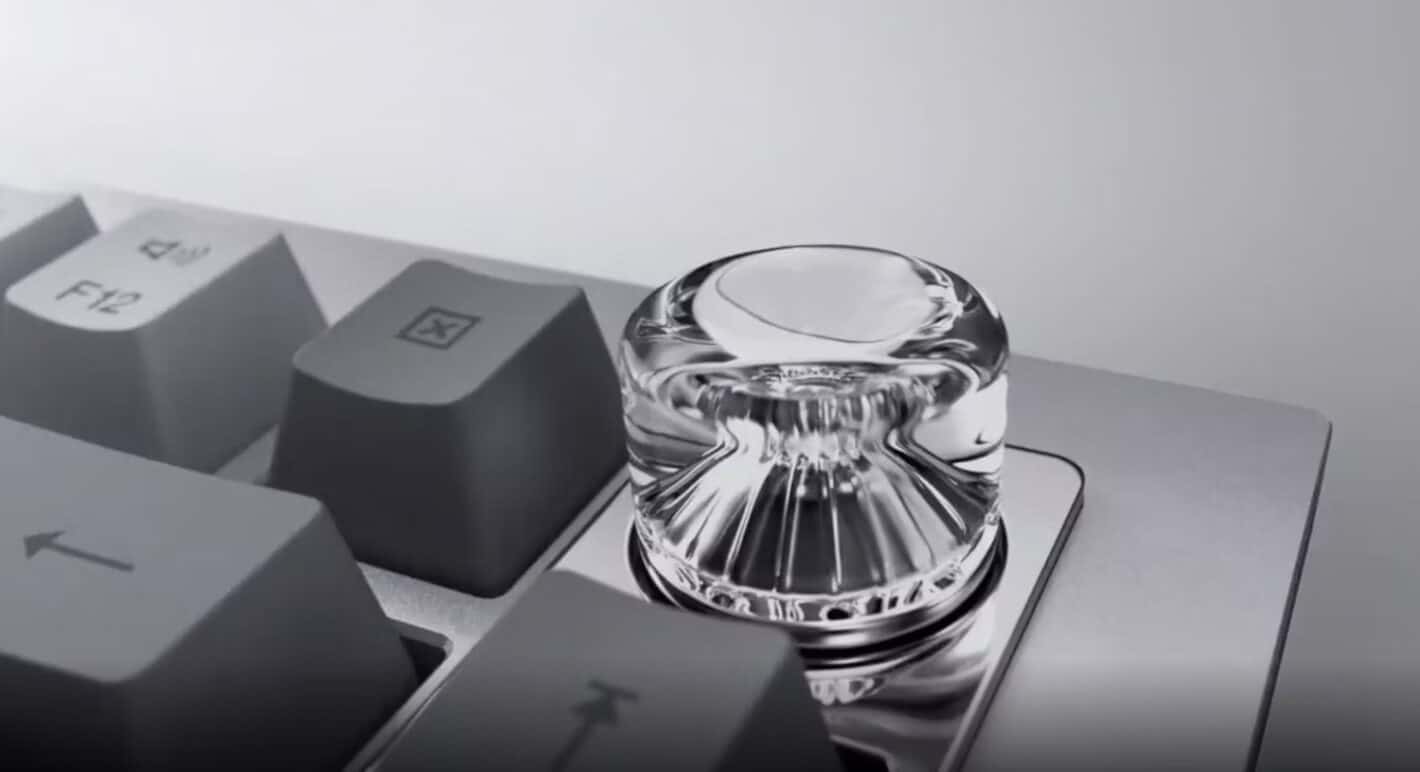 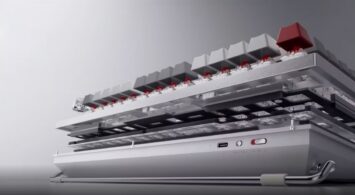 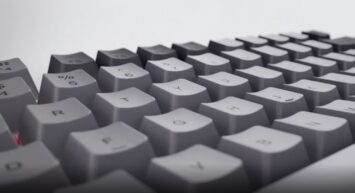 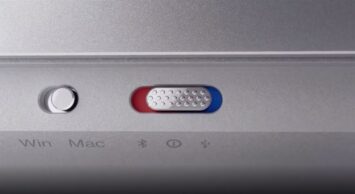 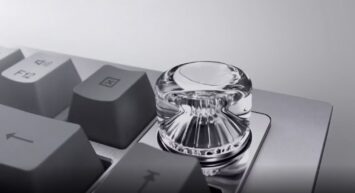 The post Here's your first look at the OnePlus Keyboard appeared first on Android Headlines.