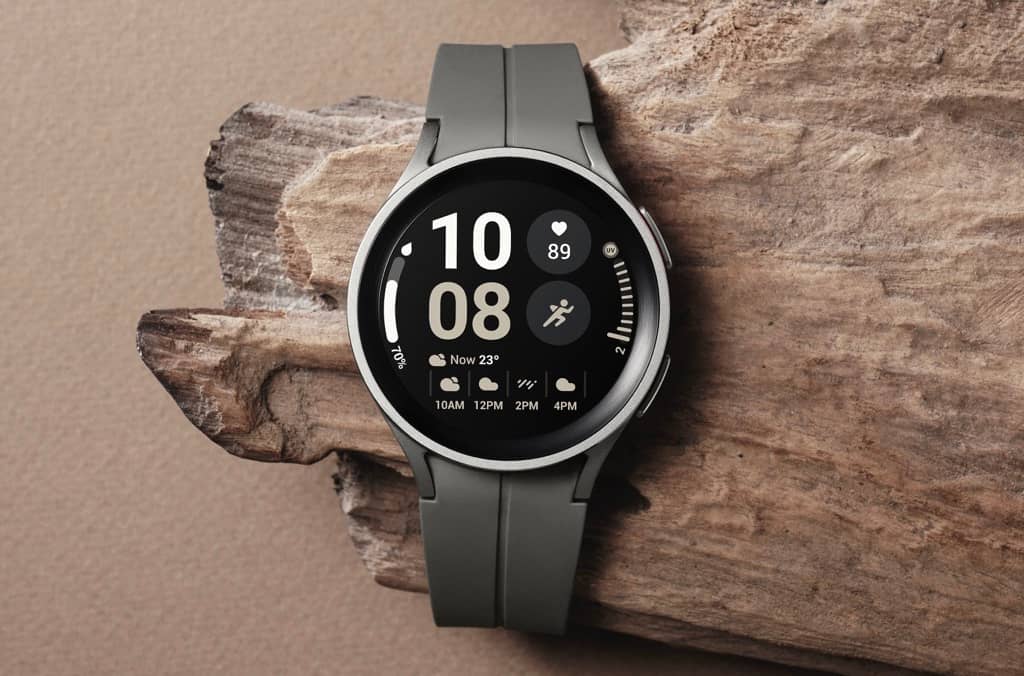 Amazon has just dropped the Samsung Galaxy Watch 5 down to $229 for the 40mm and $259 for the 44mm models. That does bring them back down to their Black Friday price from November. However, not all colors are on sale. For example, on the 44mm variant, only the blue is on sale. But on the smaller 40mm models, all colors are on sale except for the Golf Edition, which is more expensive anyways.

The Galaxy Watch 5 is a pretty nice upgrade over the Watch 4, though many will complain about the rotating bezel being gone. But it now has much better battery life, a new version of Wear OS, and it also has the ability to measure your skin temperature. So the watch can give you a full picture of how your health is doing.

Then there’s the Galaxy Watch 5 Pro. It’s the biggest watch Samsung has ever made at 45mm. It’s a bit more rugged and durable, and also has routes available. So you can get directions while you’re out on your run without having to look down at your watch or your phone. It also has a whopping 80 hours of battery life, which is fairly impressive for the size of this smartwatch. Apple can’t match that with the Apple Watch.

You can pick up the Galaxy Watch 5 and Galaxy Watch 5 Pro from Amazon by clicking here. You’re going to want to hurry on this one, as this sale is not going to last very long.

The post Samsung's Galaxy Watch 5 is a steal at $229 appeared first on Android Headlines.